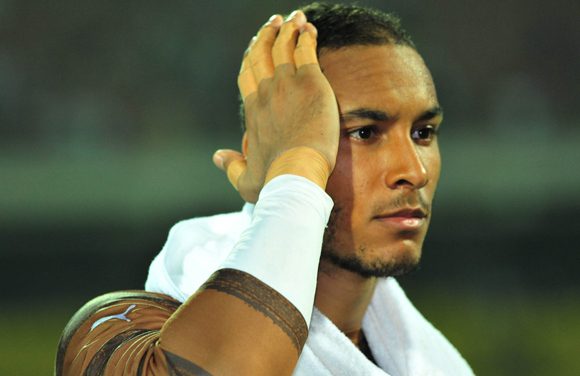 Fatau Dauda says ?exiled? Ghana goalkeeper and competitor Adam Kwarasey is a ?good person? and reveals he has no problem with him.

Kwarasey, who now plays for Major League Soccer side Portland Timbers, fell out with his native Ghana after a wrecked 2014 Wold Cup campaign in Brazil.

The 27-year-old has pulled the plugs on his international future after claiming he was unjustifiably benched at the global showpiece in the South American country.

The former Stromsgodset captain alleged that team selection at the tournament was not based on merit and that other factors decided who started in matches.

He lost his position mysteriously to Fatau Dauda in the country?s second group game against Germany despite impressing in the opening 2-1 defeat against USA.

There have been widespread media reports about the frosty relationship between the two goalkeepers following the country?s shambolic World Cup campaign.

But the Ashantigold shot-stopper has water down on the perceived tension between the two players and insists they are cool. Fatau Dauda says he has no problem with his competitor

?Kwarasey is a very good guy. I remember before the AFCON 2013, he was the first choice goalkeeper for the national team but I had my opportunity in the tournament,? he told Kumasi-based Nhyira FM

?Could you believe that he talked to me prior to every game during the tournament and I was even surprised.

?We all have natural feelings and I expected him to probably react in a different way, but he didn?t.

?His attitude was superb and I have learnt a lot from him. He backed me while I was in post without any problems. We never had an issue and we still don?t have.?

Kwarasey has insisted he would only return to the national team if goalkeepers? trainer Nassam Yakubu is relieved off his post.

He launched a stinging pot-shot at Yakubu, accusing him of lacking the competence to handle the role.