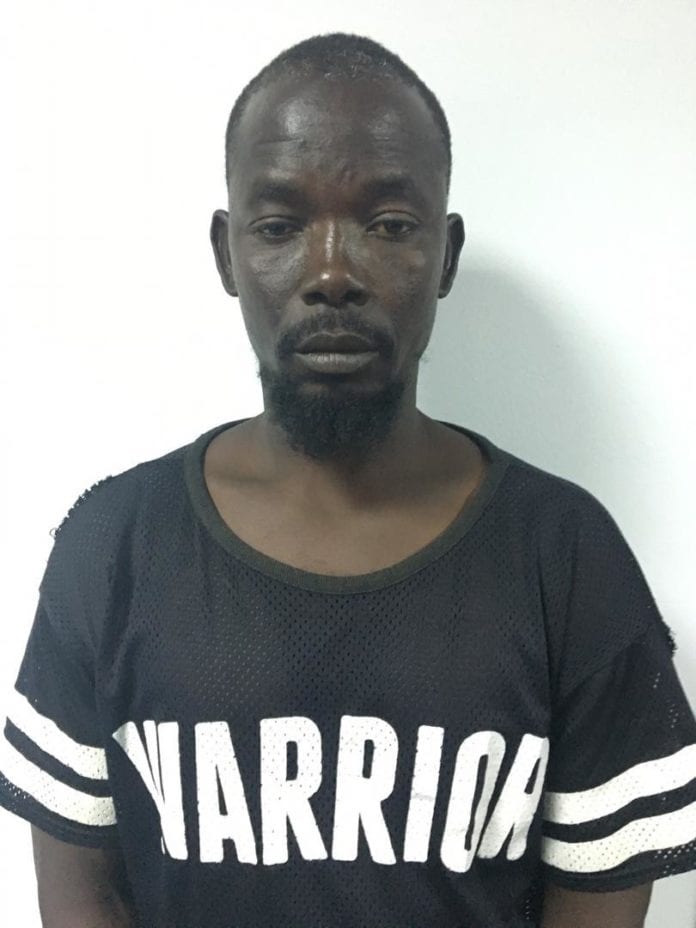 Asabke Alangdi, who fled in May 2015, to escape prosecution as the second suspect in the murder of Adams Mahama, the former Upper East Regional Chairman of the New Patriotic Party (NPP), has been arrested in Cote d’Ivoire.

Ghana’s security agencies arrested Alangdi with the aid of Interpol on January, 25, 2019 after more than a year of surveillance and search, during which the fugitive was said to have moved from Burkina Faso to Ivory Coast.

Mr Kojo Oppong Nkrumah, the Minister of Information, announcing the development at a news conference in Accra, on Monday, said the arrest had necessitated the filing of a Nolle Prosequi in respect of the trial of Afoko, which had been adjourned till 20th February, 2019, for his lawyers to address the Court.

Consequently, Mr Oppong Nkrumah said the State earlier in the afternoon, filed the Nolle Prosequi at the High Court with the objective of discontinuing the trial to enable the two accused persons to be jointly tried to best serve the interest of justice.

Consequently, committal proceedings for the two accused persons would commence as soon as possible, he said, explaining that the State intended to pray the Chief Justice to assign a dedicated judge for expedited trial considering the background of the case.

“Government assures all Ghanaians that it will not relent on any efforts to bring the perpetrators of crimes within this jurisdiction to book,” Mr Oppong Nkrumah said.

It would be recalled that Mr Mahama was attacked while he was in front of his house at Bolgatanga with acid, on May 20, 2015, which led to his death in the hospital.
Police blamed Afoko and Alangdi for the attack following their investigations.

Afoko has since his apprehension by the Police been trial at an Accra High Court, presided by Justice Lawrence L. Mensah (JA) sitting as an additional High Court Judge.