Ghana introduced the premix fuel in the fishing industry in 1994 to power outboard engines and help artisanal fishermen increase their catch, raise their living standards through increased incomes and also augment the fish stock in the country.

Government subsidized the product to make it cheap and accessible to artisanal fishermen in the coastal and lake regions of the country.

Majority of Ghanaians who live along the coast are fishermen and engage in the fishing business, therefore, depriving them of the premix fuel is as good as starving them and their dependents.

Ever since the product was introduced into the fishing industry, its distribution has always been fraught with issues of corruption, diversions and smuggling to neighbouring destinations, which defeated the rationale of the subsidy and made the commodity costly to fishermen.

In view of these infractions, the government is under pressure to address the issue in an efficient and effective manner.

She said the measures included the restriction of the supply of premix to the lake side and installation of tracking software at the secretariat to monitor the movement of Premix Fuel Trucks, which load from the Tema Oil Refinery (TOR) to the various intended destinations.

The Minister said the measures adopted by the National Premix Fuel Secretariat (NPFS) to halt the persistent smuggling of premix fuel meant for artisanal fishers, had yielded positive results, as the secretariat was yet to record any issue of diversion.

Mrs Quaye explained that the landing beach committees witnessed an improved and consistent supply of premix fuel, based on actual demand with the help of the various Premix Fuel Regional Coordinating Councils, which were inaugurated based on the recommendations of the Economic Management Team.

“Currently, there are 286 landing beaches nationwide after an initial figure of about 475. All landing beaches in the country have been introduced to daily and monthly returns book for proper record keeping and accountability of premix fuel sales,” Mrs Quaye stressed.

She explained that this deviated from the past where funds belonging to the communities were used for personal gains, the construction of party offices and fund political party activities.

Mrs Quaye said the NPFS can confirm that more than GHS 7,000,000 has been accumulated from various landing beaches committee accounts close to two years nationwide.

She said as of July 2020, a total of 57, 0640500 litters of premix fuel were supplied to 300 landing beaches across the country, indicating the government’s commitment to the sector.

The Minister said the effective and efficient management of the allocation, distribution, and sale of the premix fuel was key to improving fish production since the majority of premix fuel users were in the artisanal sector.

Another intervention made by the government to curtail the issue of premix fuel smuggling was the digitization of the premix fuel to the fisher folk. The system is aimed at ensuring transparency and blocking leakages in the premix fuel trade.

Nii Lante Bannerman, Chairman, National Premix Committee, said with the new drive, only fishermen with electronic cards can access the product, adding that the measure was to ensure that the highly subsidized product was not diverted into other uses.

He said the digitization drive was in adherence to a directive from the Economic Management Team, led by Dr. Mahamudu Bawumia, the Vice-President, who is championing the digitization of government businesses.

Mr Bannerman said under the pilot project at Nungua in the Greater Accra Region, all fishermen, and canoe owners had been registered and provided with the electronic card with which they could buy the product.
The Fisheries Act 625 of 2002 requires all fishing vessels including artisanal canoes to be registered and marked with identification numbers or cards.

Mr Ken Ofori-Atta, Minister of Finance, stated in the 2020 budget and economic policy that the issuance of the card is to enhance the effective premix fuel distribution in our fishing communities. He directed that in pursuit of transparency and following the distribution of the cards to all registered canoes, the landing beach committees must ensure that distribution is made to operators who possess the card.

Mr Barnnerman indicated that the system would be scaled up in November this year to cover more landing beaches towards a full roll out in January 2021.

Mr Barnnerman said the provision of the automated fuel dispensing and monitoring system would complement the already existing strategies being implemented by the government to address the shortages and the challenges associated with the allocation and distribution of premix fuel.

He explained that the automated fuel dispensing system consisted of control units and fuel level sensors, adding that it also utilized the card system, where every canoe owner would be given a unique card for purchasing premix.

The Chairman said, with the system, the government would be able to weed out impersonators and people who do not need the premix, and ensure that only canoe owners get access in order to save the state money.

He added that the system would also help the secretariat check hoarding, which created artificial shortage and denied fishermen access to the product and help the allocation of premix fuel to the right hands and guide its use for the intended purpose, mainly fishing activities.

Nana Jojo Solomon, a National Executive Member, Ghana National Canoe Fishermen Council, said there are no issues with the distribution of the premix fuel compared to earlier reports on smuggling and scarcity.

“I can say for the past one year, the system has been running smoothly, there are monitoring devices installed in all trucks to ensure efficiency in the system. There is proper monitoring of the product from TOR to their respective destinations,” he said.

He said the Fishermen had applauded the initiatives by the government to sanitize the system from any unhealthy practices, saying the responses from them were very encouraging.

Nii Mattor, Tema Ashaiman Chief Fisherman, said as at September 8, 2020, the Tema main landing beach had not received any premix fuel but had information that other landing beaches had received theirs.

He said they had to resort to buying the premix fuel instead of waiting for government products.

When asked as to what would be the consequences if the subsidy was removed, he said that it was a promise that the government made to the people and it would be difficult for the government to renege on that promise.

He therefore called on government to establish a properly constituted institution to be in charge of premix in the country to stop the situation where every government had its own ideas of tackling premix issues and more importantly, dissolve earlier committees created by previous governments.

This, he believed, would help such an institution to fashion out comprehensive ways of dealing with malpractices in the premix business such as corruption, diversion and political interferences.

The government of Ghana, established the National Premix Fuel Committee in July 2009 to supervise the administration and distribution of premix, a hugely subsidized petroleum product required by fishermen to power their outboard motors.
For effective management, landing Beach Committees (LBCs) were set up at various landing beaches to empower fishermen to operate premix fuel stations at landing beaches.

Statistics from the National Petroleum Authority indicate that between 2000 and 2018, national premix fuel supply increased from 42 million litres to about 73 million litres, with an average annual growth rate of approximately 4 per cent.

However, there have been periods where supply goes so high. For example, in 2017, supply was 91.7 million litres due to extensive smuggling of the product and subsequently dropped to 73 million litres in 2018 when such incidence of smuggling became subject of public discussion.

Following these incidences, key civil society organizations, including Oxfam in Ghana, joined in the campaign towards ensuring efficiency, transparency and accountability in the sector. This led to the enforcement of stringent monitoring mechanisms by government.

As at the third quarter of 2019, premix fuel supply was about 51 million litres, which is estimated to rise up to about 76 million litres by the end of 2019. 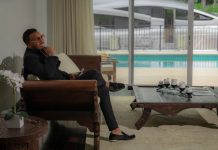 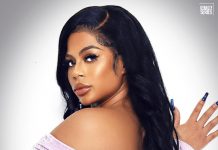 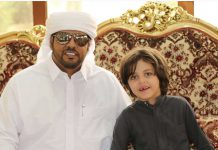 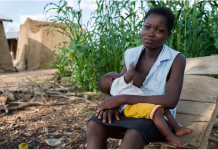 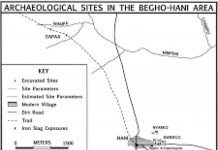