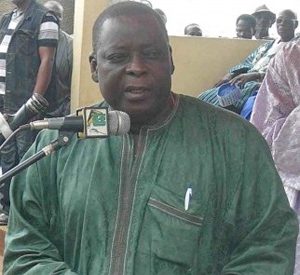 Mr Mark Woyongo, Minister of the Interior, on Wednesday launched a two-day forum on the adoption of non-custodial sentencing policy to address the deplorable conditions of the country?s prisons.

Launching the forum at a press briefing in Accra, Mr Woyongo explained that the purpose of the forum, which begins on October 30, is to de-congest the prisons, make conditions there better and internationally acceptable, reduce government expenditure on the country?s prisons, and expand sentencing options available to our judges.

It will also discuss issues on how to bring conditions at our prisons in line with modern trends, improve upon the human rights of the inmates, and enhance their health conditions.

The forum is being organised by the Ministry in collaboration with the Judicial Service, the Ministry of Justice and Attorney-General, the Ghana Prisons Service, with support from the Narcotics Control Board.

Participants are expected from the para legal and legal arena, specifically three senior judges from the Judicial Service, and it will be chaired by Justice Sam Baddoo, a former Director of Public Prosecutions, and a lecturer in Criminal Procedure at the Ghana School of Law.

Mr Woyongo said the Prisons were overcrowded with remand cases, and with such hot and humid conditions, they have the potential of resulting in a lot of health challenges.

Mr Woyongo said the only major prison facility which had been added to the prisons after independence in 1957 is the recently commissioned Ankaful Maximum Security Prisons, which has a capacity for 2,000 inmates, when our population has grown from a little over six million to over 25 million.

The Minister explained that the Report of the UN special rapporteur on our prisons when he visited Ghana did not paint a good picture of the prisons, adding that with a high reputation of Ghana?s human rights records and democratic credentials, the country cannot afford to play with those conditions at the prisons, and so all efforts must be made to improve them..

He stressed the need to adopt community service approach to deal with young and able-bodied men found guilty of petty cases, instead of allowing them to languish in jails.