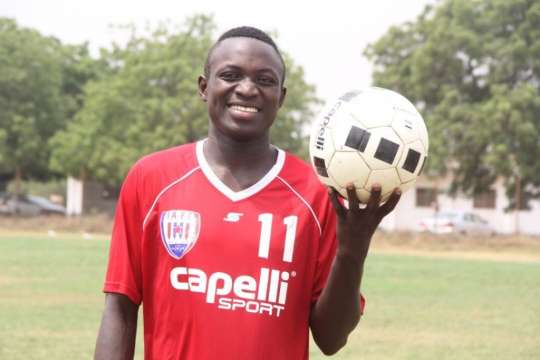 Inter Allies attacker, Victorien Adje Adebayor has been named the 2019/20 Ghana Premier League NASCO Player of the Month for February.

The winger became the league’s leading scorer (11 goals) with an incredible streak of seven goals in five matches during this period.

The goals included a brace each in two consecutive away matches at Eleven Wonders and Berekum Chelsea.