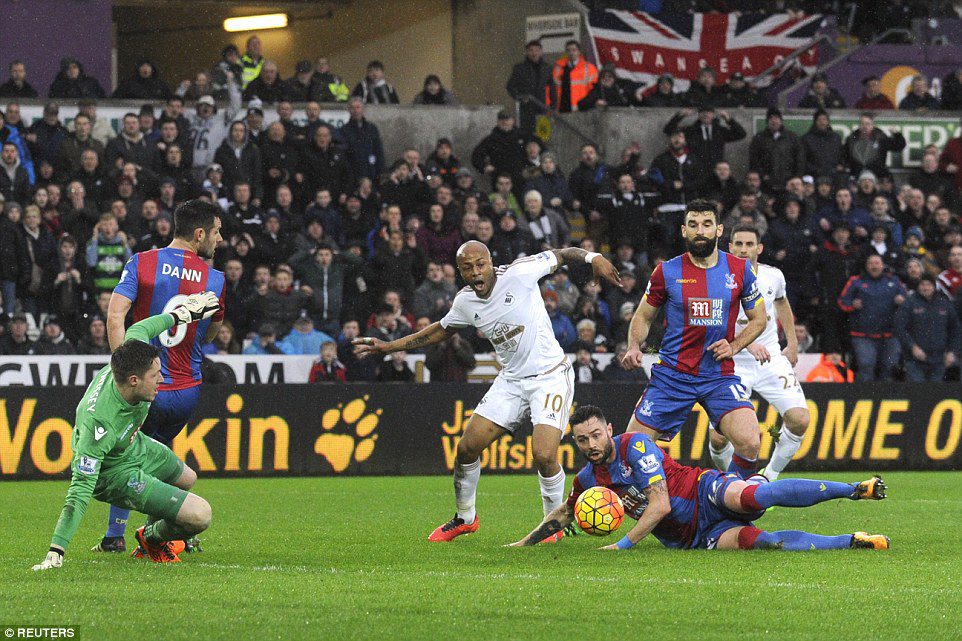 Andre Ayew was denied a goal by Palace

Ghana winger Andre Ayew was in action for Swansea City who shared the spoils in a 1-1 draw with Crystal Palace in the English Premier League on Saturday.

A host of Swansea defenders scrambled in their box to deny Andre Ayew from doubling the host’s lead midway through the first-half at the Liberty Stadium.

Andre perpetuated his fine performance for the South Wales side as surrendered their lead to draw the game on an afternoon Emmanuel Adebayor made his debut for the Eagles. 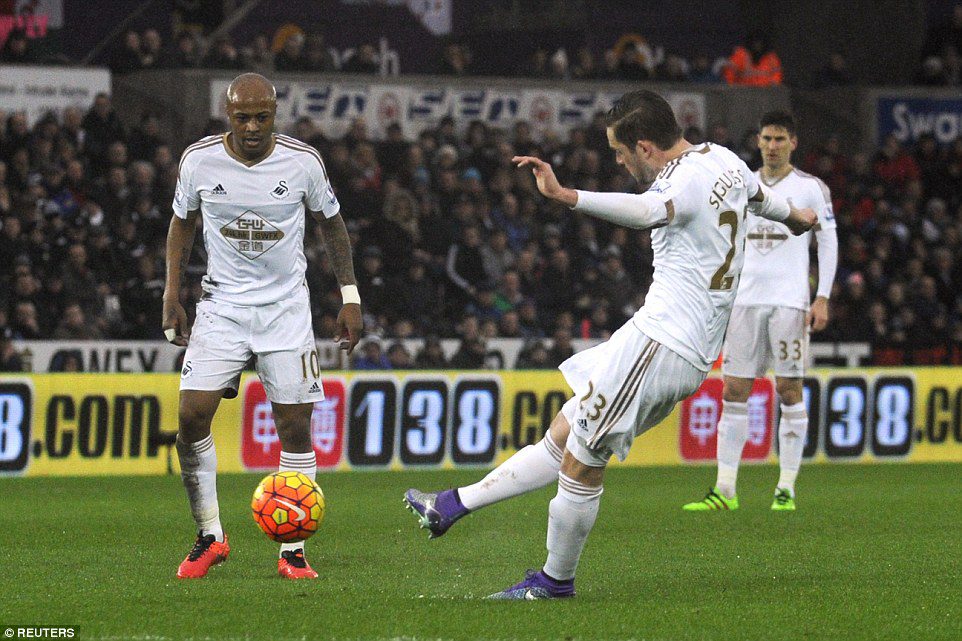 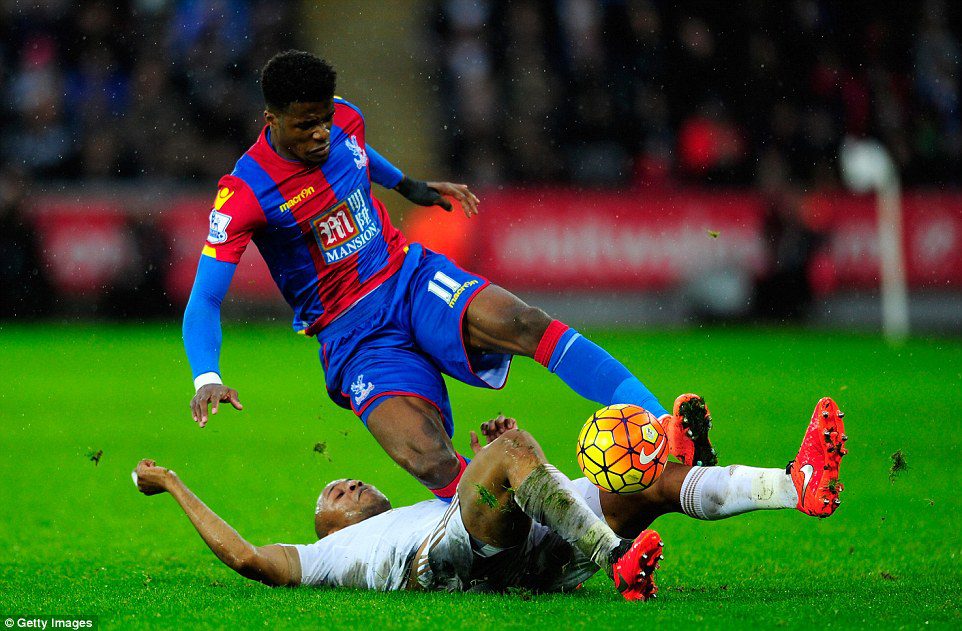 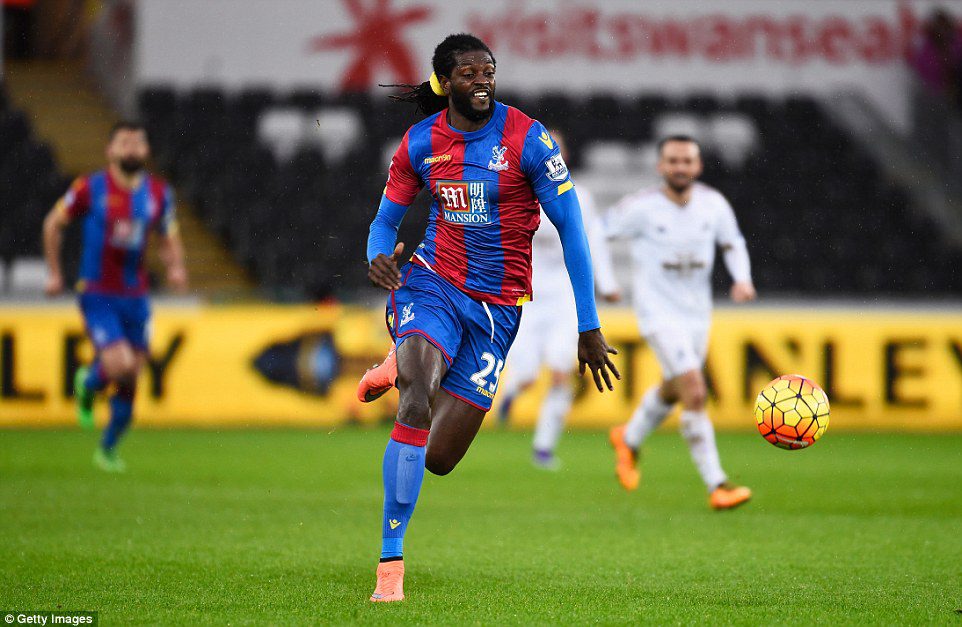 While both sides took away a point from the game to better their campaign, Swansea need to improve their numbers in order to stay clear off the drop zone.

Adebayor was handed his maiden start by Palace since his January move to the Eagles and he showed commendable athleticism and potent attacking threats for the hosts.