Adepa has been adjudged the winner of this year’s edition (season 9) of the MTN Hitmaker reality show held at the Accra International Conference Centre (AICC) in Accra.

This year’s edition which was themed: ‘Unlock your flow’ saw a thrilling and electrifying performance from the various contestants, Adepa, Achiaa, Gabi Nova and Kobby Tuesday. 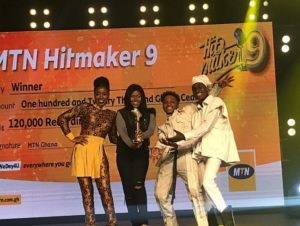 Meanwhile, BeatMaster Gazy was also  adjudged the  ‘beatmaker of the   season’ at the end of the MTN Hitmaker Season 9.

Past winners and contestants Kidi, Mr Drew ,  Kurl Songx,   Lasmid , Kofi Pages,  who made their way to the venue thrilled the audience with electrifying performances. 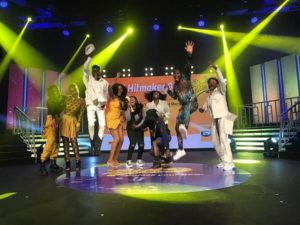 Check out the Live Show here:

MTN donates to support the celebration of Kundum festival

MTN SA bounces back from hit by load shedding