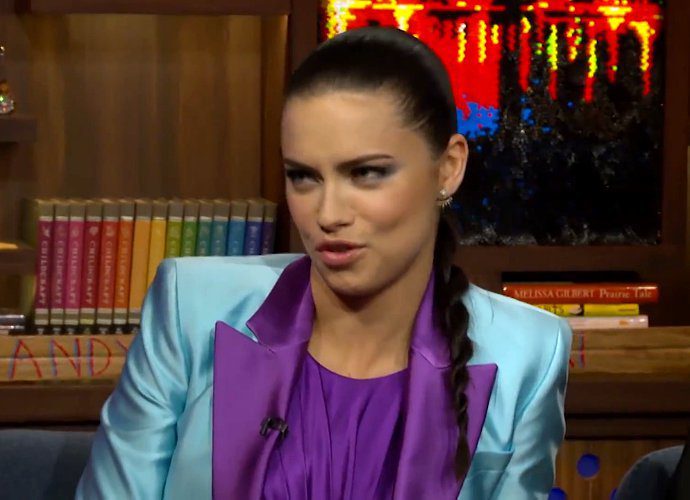 Adriana Lima set the record straight on rumors saying that she ever dated Justin Bieber. During her appearance on “Watch What Happens Live” on Thursday, December 3, the Victoria’s Secret Angel obliquely said that she wouldn’t date Justin because he’s too short for her.

“I read somewhere that you and Justin Bieber hung out. Did you two ever date?” asked host Andy Cohen. Listening to that question, Adriana showed a disgusted facial expression and quickly asked back, “Where did you read that? Where? Where?” Andy then replied, “I read it a year ago. It was kind of buzzing about.” Rolling her eyes, the Brazilian model said, “Oh my gosh, No. No.”

After seeing Adriana’s facial expression, fellow guest Padma Lakshmi said, “You would tower over him, wouldn’t you?” The 34-year-old model looked puzzled as she didn’t understand the term. “Tower means be so tall over him,” Padma clarified before joking, “Or that he would be right at your boobs that would be perfect for him.”

Adriana then made a firm statement to put the rumors to rest. “Let me tell, you, O.K. I’m gonna tell you this. Anybody below 6′ 7?, you know how I call them? Friends.” The audience cheered and laughed after listening to her statement. “Ah, I like it! Very good,” host Andy said, before joking, “Wow, I guess that means I’m more than a friend ’cause I’m 6′ 8?.”

I charged Boahen because he conspired with Ofosu Ampofo – Witness

Because Amaechi Is Involved: Love Him or Hate Him

Over 400,000 Libyans internally displaced because of armed conflict

All major German carmakers halt production because of coronavirus