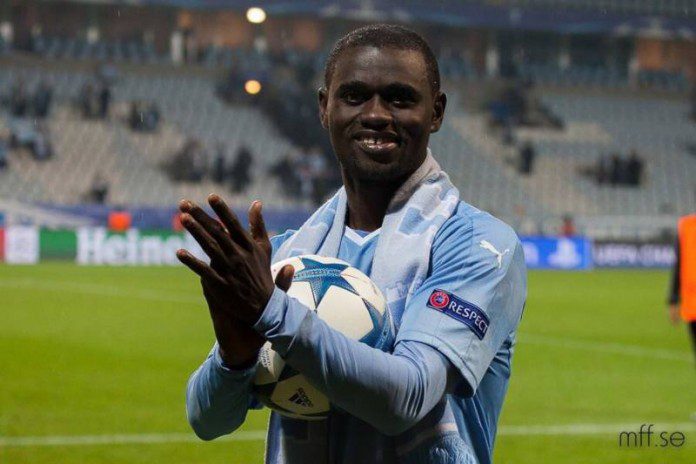 Malmo FF midfield star Enock Adu Kofi has revealed his intentions of staying with the Swedish giants Malmo FF despite the club’s inability to defend their league title.

Malmo FF failed to defend their 2013/14 Allsvenskan title after losing it to Norrkoping but the Ghana midfielder insists he will stay with the disappointed champions.

Speaking in an exclusive interview with Ghanasoccernet.com Enock Adu Kofi said that he will stay with Malmo despite admitting that their performance this season has not been the best.

“I wish to continue my stay with Malmo FF despite that fact that we had a very bad season. We are still in the Champions League and we hope to do something better with that.”

“It is true that some clubs have approached me but I wish to still be with Malmo for some time.”

“We won the league last season and qualified for the Champions League. So if we have had a bad season with no trophy, it is only respectful that I stay with the club,” he concluded.

Adu Kofi is one of the few Ghanaian players who have hit top form and have been very consistent in Europe for the past two years.