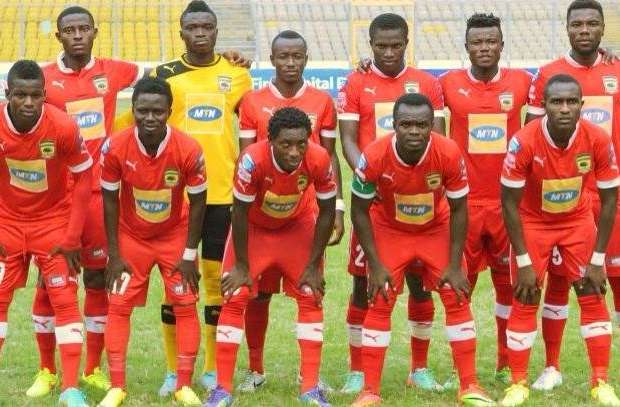 Asante Kotoko S/C came down from a goal deficit to force visiting Aduana Stars to a pulsating 1-1 draw game in a Ghana Premier League (GPL) Match Day 13 clash at the Baba Yara Stadium, Kumasi, on Wednesday.

It was substitute Abass Mohammed, who fetched the equalizer for the Porcupine Warriors in the 47th minute from a free-kick, after Aduana’s Stephen Badu had committed a foul outside the penalty box.

Aduana, took the lead in the 20th minute courtesy Sam Adams, who scored from a rebound when goalie Felix Annan parried into play a Nathaniel Asamoah well-taken shot.

Asamoah, should have put his side ahead two minutes later from a counter-attack, but he fumbled in the process, allowing the Kotoko defencemen to recover.

Kotoko, squandered a penalty kick in the 23rd minute, when Kwame Boateng’s feeble kick was saved by goalie Joe Addo, after the defencemen of Aduana handled a Prince Acquah’s shot in the box.

The second half saw a totally transformed Kotoko side with goal-scorer Mohammed replacing Kwame Boateng, and it took less than three minutes for him to level the scoring.

Both teams, determined to carry the day, threw caution to the wind and attacked in droves, but lack of precision upfront saw the match ending in a draw.