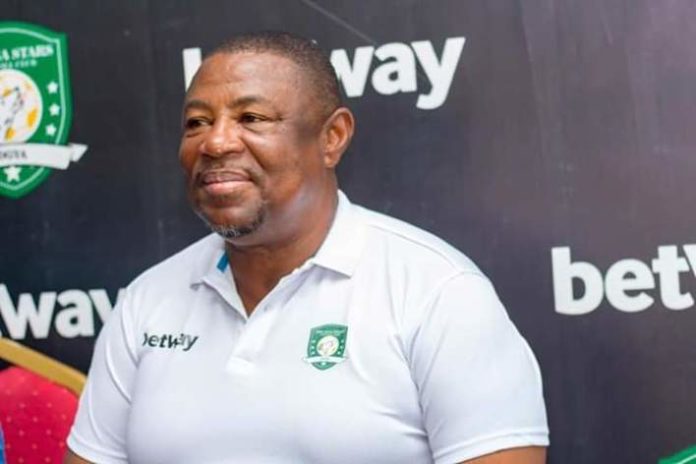 The veteran had been given a one year deal and he is expected to get the ‘Ogya’ family in a good standing at the end of the current league season and also see to the development and strengthening of the youth team of the club as well.

Speaking in an interview after the unveiling ceremony at the Nana Agyemang Badu I Park at Dormaa-Ahenkro in the Bono Region, Coach Fabin expressed joy about his appointment, saying “I am delighted to be here, I planned of coming to this club long ago.

“I would need the support of every one here to succeed”.

Mr. George Gyau, the Club’s Director of Operations was happy that the signing ceremony had
become a reality and expressed optimism they would enjoy good working relationship with Coach Fabin.

“He is a coach with vast experience and we are happy he is here with us,” Mr. Gyau stated.

Coach Fabin now becomes the substantive coach of the team replacing WO Paul Tandoh who was then the club’s coach in acting capacity, but would now play an assisting role following new directives by the Ghana Football Association (GFA) for premier league coaches to obtain License ‘A’ Certificates.