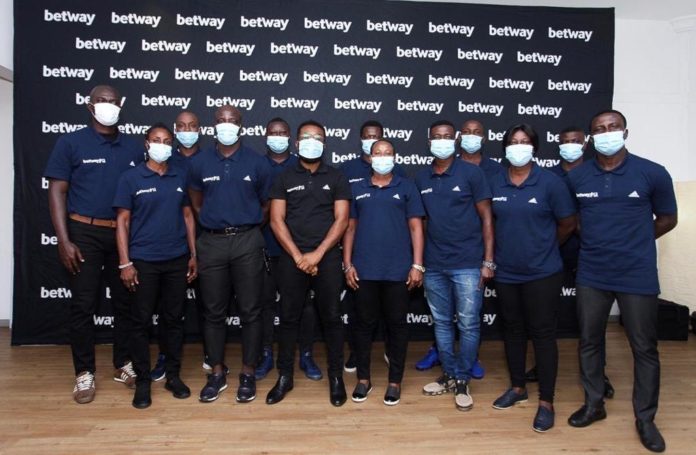 Ten national football stars have graduated from the maiden edition of the Betway 12th Man Programme.

The inaugural edition of the country’s first-ever initiative and spearheaded by the betting company sought to empower former footballers.

The players were taken through learning new skills and imbibed with a renewed sense of hope and self-belief who are now looking forward to making a difference in their respective communities.

Newly found skills in Entrepreneurship, Project Management, Club Administration, and Sport Management amongst other skills acquired over the last five months, sees the former stars better equipped to give back to their communities.

“Targeting ex-Ghanaian footballers, this initiative was set up to expose the legends to a variety of skills and qualifications to help increase their chances of employment. We are happy to see our legends use the knowledge from the Betway 12th Man workshops to contribute to change in their local communities. We will sustain this initiative as we believe more lives in our communities will be touched as we empower our former football heroes,” Oppong-Nkrumah said.

1995 FIFA U17 World Cup Winner, Awudu Issaka, who currently runs a football club in Ghana, believes that the training he received in sports marketing, club management, and administration will come in handy as he strives to move his club to greater heights.

The Betway 12th Man legend – popularly known as the “Disco Dancer” – said the knowledge received has given him the confidence to continue working hard to grow football in Ghana.

Betway Brand Ambassador, Stephen Appiah, who played a key role in the selection process and mentoring of the legends, said the programme was a great success, with many highlights and programme learnings.

“Thanks to Betway for this great initiative, it’s been an exciting journey of learning and upliftment for my colleagues and former heroes. I sat through all the sessions and have learned a lot myself. I am happy to see some of the legends put into practice their newly found skills. Hopefully, our legends will go back and implement what they have learned from the various training leading to the growth of our local football,” said Appiah.

As part of their graduation ceremony, the legends received accredited participation certificates for the various workshops.