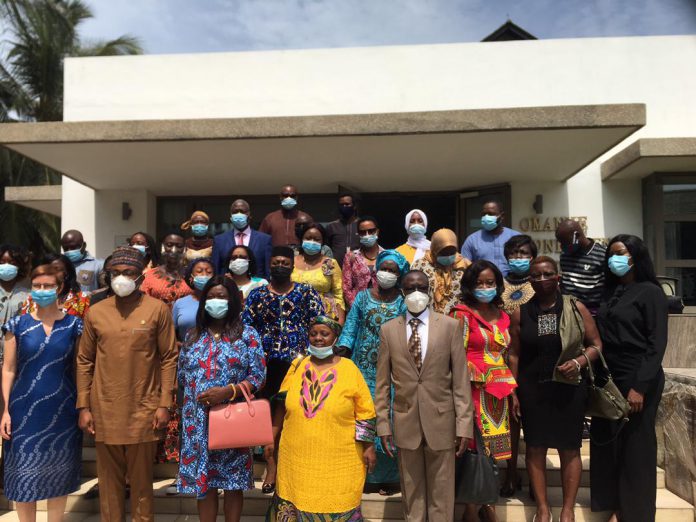 Mr Silver Ojakol, the Chief of Staff of the African Continental Free Trade Area (AfCFTA) Secretariat, has asked African countries to shun detractors and doubters of the successful implementation of the Area.

There is geopolitics and those that cast doubts about the implementation of AfCFTA, “We, however, know at least from the studies of the United Nations Economic Commission for Africa and the World Bank that if successfully implemented, the AfCFTA will add $450 billion onto Africa’s trade portfolio by 2035 and lift 30 million people from extreme poverty and another 68 million from moderate poverty.

“We also know that this should catalyse infrastructure development in the continent,” he said.

Mr Ojakol gave the advice on Monday at a capacity building programme jointly organised by ECOWAS and the United Nations Development Programme (UNDP) in Accra, to enhance the capacity of women maximising opportunities in AfCFTA.

The participants were selected from across ECOWAS Member States and tasked to afterwards, train other stakeholders in their respective countries for a significant number of enterprises, including women owned businesses to take advantage of AfCFTA.

He said the Agreement was a development of instruments, as its provisions went beyond trade purse and included investments, intellectual property, competition policy, digital trade and industrialisation.

“We must use it to upscale our production, leverage our innovations, protect our knowledge and add value to the diversity of raw materials produced in this continent whether agricultural, forestry, fisheries, minerals, or livestock.

“For long, our resources have been exploited and exported for the benefit of others. This makes us lose significant value as we forfeit the downstream processes and the value that comes with them,” he noted.

To successfully realise the goals of AfCFTA, the Chief of Staff, said Africa needed to address its challenges regarding infrastructure (roads, rails, standards and quality infrastructure), energy, ICT interconnectivity, and capacity and skills gaps.

Mr Ojakol said the AfCFTA Secretariat, among other measures, was working towards ensuring the harmonisation of customs operations and border agencies cooperation, conformity assessment frameworks for standards, capacity building in trade policy, including in rules of origin, trade remedies, dispute settlement and trade facilitation.

The Secretariat was also working towards coordinating the establishment of a vibrant Pan-African private sector apex body, the monitoring and elimination of the nontariff barriers to trade, supporting small medium enterprises and the state parties in enforcing their commitments to ensure the successful implementation of AfCFTA.

Dr. Siga Fatima Jagne, the ECOWAS Commissioner for Social Affairs and Gender, in a speech read on her behalf, said the informal sector represented a significant component of the economies of ECOWAS Member States and noted that women were involved in the informal trading, which was a key means of livelihood for them and their households.

The development of export-oriented manufacturing within the framework of AfCFTA would create new opportunities for females’ employment in traditionally female sectors and male dominated and capital intensive sectors, she said.

Mr Frederick Mugisha, an Economic Advisor, UNDP, said AfCFTA could radically transform the trajectory of Africa’s development, saying, recent analysis showed that up to 70 per cent of Africa’s exports to other regions were composed of primary commodities, which were low in value, and susceptible to price fluctuations on the international market.

“The price of commodities such as oil, gold, tea and others can determine the economic health and trajectory by incentivising trade in higher value goods,” he added.

Currently, he said, industrial goods accounted for up to 60 per cent of products traded within Africa, adding that, “…the One African Market is an important space to realise the aspirations of industrialisation and economic diversification”.

Mr Mugisha, who stated that the services sector, including hospitality, transport, ICT, were a critical component of intra-African trade, said the African Union in its Services Sector Development Programme stated that on average, services sectors accounted for up to half of the gross domestic product of natural economies.