The Government of Ghana has pledged to protect Bilateral Investment Treaties (BITs) for countries that sign agreement with it for reciprocal foreign direct returns on the African Continental Free Trade Area (AfCFTA).

The pledge comes in the wake of growing appetite for multilateral agreements.
Ghana has ratified BITs with seven countries – China, Denmark, Switzerland, Germany, Malaysia, Britain, and the Netherlands, and looks forward to doing more on AfCFTA.

The Government has indicated that even as multilateral agreements continued to grow, BITs were still critical for country-to-country investments, and pledged to protect countries that entered into BIT arrangements with Ghana on AfCFTA. 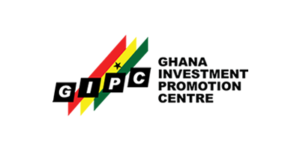 , Deputy Chief Executive Officer (CEO), Ghana Investment Promotion Centre (GIPC), told investors during an Economic Counsellors Dialogue in Accra that Ghana would protect and ensure that BITs were of mutual benefits to its partners.

He said: “We continue to negotiate new BITs with our key partners actively, and for the old generation BITs, we are committed to renegotiations towards making them compliant with best practices and our current investment regulatory framework.”

He added that: “BITs are still relevant at country-to-country levels as it enables countries to agree on international laws and standards for expropriation and compensation.”

Additionally, countries were able to agree on free transfer of funds related to investments, fair and equitable treatment, and most-favored-nation treatment.

Mrs Naa Lamle Orleans-Lindsay, Head of Legal Division, GIPC, told the Ghana News Agency on the sidelines of the programme that since BITs were bilateral in nature, the benefits were mutual for investors from both countries.

She said: “The BITs are one of the important tools the government uses to improve the attractiveness of Ghana as an investment destination. So we go into the negotiations with countries, which have FDIs in Ghana, seeking to create an environment of protection and promotion of these investments in the country.”

She explained that there were many tools that Ghana used to improve its endorsement climate, with BITs being the
“icing on the cake that provides further assurance of how attractive we are for foreign investors.”

She added that: “We’re seeking to harmonise the regulatory regime of trade, and investment and taxation across African continents…and we come with master documents that cover all these areas under the broad umbrella of AfCFTA.”

The Head of GIPC’s Legal Division also indicated that Ghana continued to reform business and investment regulatory and framework to bring in more FDIs, while creating an enabling environment for businesses.

Mr Mathew Akanbeanab McArios Akanbong, Director, Legal and Treaties Bureau, Ministry of Foreign Affairs and Regional Integration, noted that even in the midst of growing multilateral arrangements, BITs were critical.

He said: “With the spread of these multilateral agreements, we have to prepare ourselves to be able to also negotiate within the multilateral arrangements for our interest.”

This was because all countries that were going to trade under AfCFTA negotiations on investment were going with their interest.

“So, we have to continue at the bilateral level because we have the pedigree and we’re respected in the community of nations,” Mr Akanbong said.

The Economic Counsellors Dialogue is an annual event organised by GIPC for diplomatic missions serving in Ghana to enhance commercial bilateral relations between Ghana and foreign investors.

The dialogue is aimed at creating an opportunity for members of the diplomatic corps to dialogue on improving the business and investment climate in the country and obtain feedback.