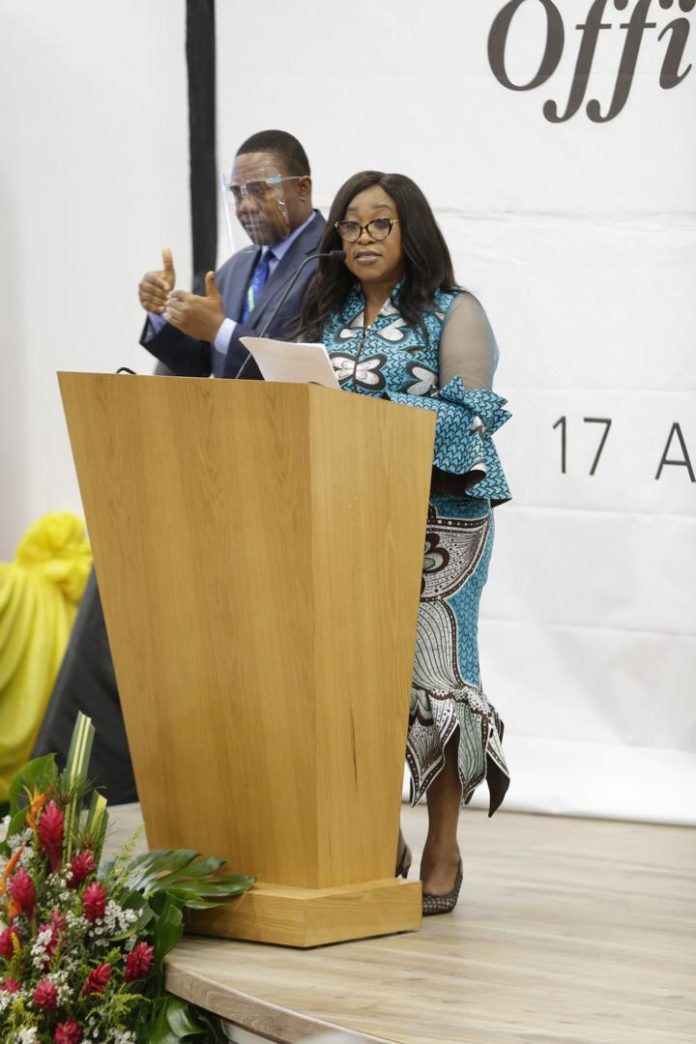 “On behalf of all Africans, I thank the Government and the People of Ghana, for hosting the AfCFTA Secretariat and for providing world class facilities that will enable Africa to progress on the historic vision of achieving an integrated Africa,” Mr Mene stated on Monday the official commissioning and handing over of the AfCFTA Secretariat Building to the African Union Commission (AUC) in Accra.

Mr Mene said, he was grateful to the Government and the People of Ghana, for the great sacrifice made an unprecedented contribution to the fight to end colonialism in Africa and the defeat of Apartheid in South Africa.

He said, he was born and raised during a period when the depraved Apartheid regime was at its brutality; adding that “through the Organisation of African Unity, which was inspired by the leadership of Ghana, the continent declared that Africa shall not be free until the people of South Africa are free from the shackles and bondage of Apartheid”.

He said the fact that a South African who was born and raised under Apartheid, was able to stand before the continental community, mandated by the Assembly of Heads of States of the African Union (AU) to advance the imperatives of Pan-Africanism, truly was a remarkable testament to Ghana’s long held principle that Africa shall not be free until the people of South Africa were free from the shackles and bondage of Apartheid.

He said since the negotiations were launched in Johannesburg in 2015, remarkable progress had been achieved largely because of the political will and commitment of the Assembly of Heads of States and Government of the AU, to ensure that Africa takes concrete steps towards the creation of an integrated market.

In this regard, Mr Mene paid tribute to President Mahamadou Issoufou of Niger, the Champion and Leader of the AfCFTA, for his unwavering and dedicated leadership of the AfCFTA.

He said under President Issoufou’s guidance and leadership as the Champion of the AfCFTA, Africa confounded critiques: 54 countries had signed the agreement and 28 countries had ratified it, making this the fastest ratification in the history of the African Union.

He noted that since his election in February 2020, Mr Moussa Faki Mahamat and his team, provided him with all the resources and support that he needed during the period that he was in Addis Ababa, waiting to transition to Accra.

“I thank him for his leadership and political support during this difficult time when it appeared that Covid-19 would obstruct our efforts.”

He said through the leadership of the Chairperson of the Assembly – President Ramaphosa of South Africa – Africa was able to coordinate an effective public health, trade and debt relief response to the Covid-19 crisis, thereby enabling the mitigation of the impact of the crisis.

He lauded Mr Alan Kyerematen, Minister of Trade and Industry for his pivotal role in getting the AfCFTA Secretariat established in Accra.

“Minister Kyerematen has been a tireless contributor to regional integration and trade multilateralism in Africa,” he said.

“We should all appreciate the efforts that he made on behalf of Ghana, for the whole of Africa.”

He said the AfCFTA offers Africa an opportunity to confront the significant trade and economic development challenges of their time with regards to market fragmentation, smallness of national economies, over reliance on the export of primary commodities and narrow export base, caused by shallow manufacturing capacity.

“Our doors are widely opened to you,” Madam Ayorkor Botchwey stated.

On his part, Mr Kyerematen said the successful implementation of the AfCFTA would bring many benefits to the African continent.