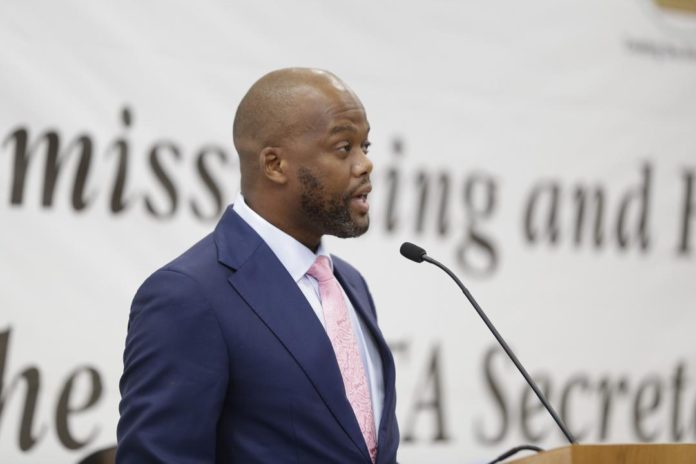 He noted that the African continental had a market of 1.2 billion people; stating that “we have a combined gross domestic product (GDP) of $3.4 trillion, Africa boasts over 400 African companies that earn annual revenues of $1billion or more”.

Mr Mene said this on Monday at the official commissioning and handing over of the AfCFTA Secretariat building to the African Union Commission (AUC) in Accra.

Mr Mene said the ongoing COVID-19 crisis had ravaged global economic activity and severely disrupted trade and global supply chains, and of course, had had a negative effect on global public health.

“Africa should not despair and fall into despondency – from a trade perspective, we should see this crisis as an opportunity – through the AfCFTA we have an opportunity to reconfigure our supply chains, to reduce reliance on others and to expedite the establishment of regional value chains that will boost intra Africa trade and secure Africa’s productive capacity for generations to come,” he said.

“In this connection, in the four months that I have been in office, I have already initiated and had very promising engagements with three of the world’s largest automobile-manufacturers, with a view to the establishment of automobiles value chains across Africa.

“I intend to extend this type of an engagement to include other labour intensive sectors such as Agro-processing.”

He said in this endeavor, the AfCFTA Secretariat shall work with their sister department of Trade and Industry of the AUC, as well as with our partners such as United Nations Economic Commission for Africa (UNECA) and Afreximbank, to advance Africa’s industrial development objectives.

“We should be in no doubt, as much progress as we have made, there will be implementation related challenges ahead,” he said.

Mr Mene said substantial domestic policy reforms and alignment of national legislation with the AfCFTA should be required in order to reduce barriers to intra-Africa trade.

He said transshipment of goods from third countries that were outside of the AfCFTA zone would be a significant risk.

He noted that the AfCFTA Secretariat would work closely with customs authorities to ensure that through robust implementation of the AfCFTA rules of origin regime, the prevention of transshipment was an absolute priority.

“As the Secretary-General, I am committed to ensuring that the AfCFTA is effectively implemented such that there is shared and inclusive economic growth,” Mr Mene stated.

He intimated that rather, the backlash was, in part, attributable to the unequal distribution of the benefits of international trade and a lack of shared and inclusive growth.

He said the lesson for the AfCFTA from this backlash against trade liberalisation and the pursuit for freer international trade through the multilateral trading system (i.e. the World Trade Organisation) and through Free Trade Agreements (FTAs) was that, beyond boosting trade flows, the question of equitable distribution of the gains of the AfCFTA must be at the centre of its implementation.

“Our doors are widely opened to you,” Madam Ayorkor Botchwey stated.

On his part, Mr Alan Kyerematen, Minister of Trade and Industry, said the successful implementation of the AfCFTA would bring many benefits to the African continent.