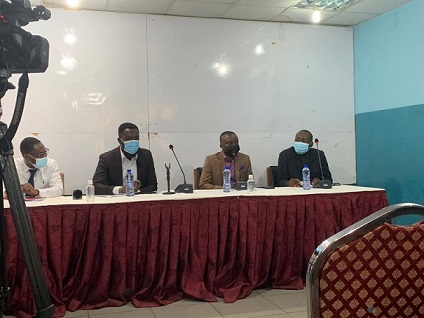 The African Continental Free Trade Area (AfCFTA) will create new opportunities for women in economic areas, where they are concentrated such as agriculture, industry, services and trade.

To ensure that women have access to these opportunities, African Union Members must take intentional steps in creating and implementing gender-sensitive policies, as well as implementing targeted complementary measures.

Mr Gerald Woode, Lead Researcher at the Ghana International Trade and Finance Conference (GITFiC), said this during the Conference’s monthly briefing on the topic: “Distributional impact of AfCFTA on poverty reduction and employment in Sub-Saharan Africa.”

In the area of AfCFTA on unemployment, he said employment in North Africa was predicted to grow from 64.2million to 75.9million by 2035 at an annual rate of 1.12 per cent, which was quite close to the non-AfCFTA average.

The Lead Researcher said in contrast, employment in Sub-Saharan Africa was predicted to grow at a 2.7 per cent yearly rate from $437million to more than $650million.

He said concrete steps must be implemented on the ground to promote women and youth entrepreneurship and that could be accomplished through national efforts such as gender-sensitive education, women-training programmes and financial support for female entrepreneurs.

Mr Woode said the full implementation of the potential of AfCFTA would lift 67.9million people or 3.6 per cent of the continent’s population out of poverty by 2035.

According to the World Bank Report (2018), 415 million people live in extreme poverty on the African continent with 60 per cent of the people living in unstable countries.

“At the moderate poverty line of Purchasing Power Parity (PPP) $5.50 US dollars a day, the full implementation of the potential will lift 3.6 per cent of the continent’s population, out of poverty by 2035,” he said.

Mr Woode said the full implementation of the agreement could also lift an additional 30 million people out of extreme poverty by 2035.

Mr Selasi Koffi Ackom, Chief Executive Officer, GITFiC, said small and Medium-sized Enterprises (SMEs) must consolidate to have larger productions to make them eligible to compete in the international market.

He said businesses must take into consideration the quality, pricing, standard and packaging of their products to be able to compete globally.

Mr Ackom called on policymakers to devise mechanisms to help bridge language barriers to facilitate communication on the international market.

Mr William Boateng, Executive Head, Corporate and Enterprise Banking at Bank of Africa Ghana, said businesses required the understanding of economic situations in order to actualize their goals and activities.

“We are not only supporting Ghanaian businesses but also businesses around the world to maximize opportunities to help them actualize their business goals and objectives,” he added.

Mr Boateng advised that bureaucracies relating to customs and administrative entry processes, trade barriers, sanitary and phytosanitary measures should be reduced to the barest minimum to facilitate trade.