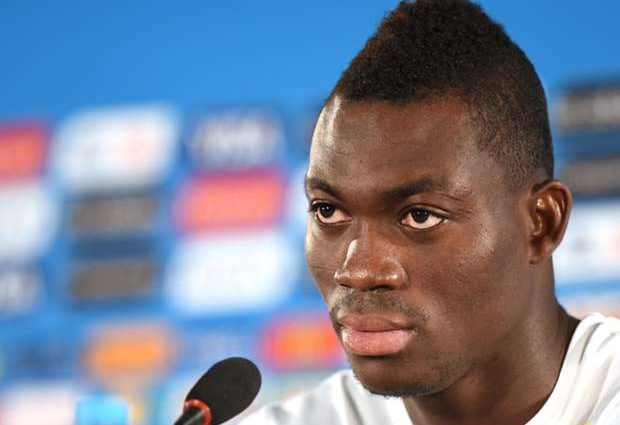 The 2017 Africa Cup of Nations is only fifteen days from kick off in Gabon. As it stands only the host nation Gabon, has named their final squad for the competition.

The Black Stars who finished second at the last edition in Equatorial Guinea begun preparation in Accra on Wednesday.

Ghana is in a very difficult Group that comprise Mali, Uganda and 7 time winners Egypt who are making an appearance since their triumph in 2010.

Even though Ghana has been tipped by the book makers as favorites, the team’s uninspiring performance in their two 2018 World Cup Qualifiers against Uganda and Egypt leaves a lot to desire about the chances of Avram Grant’s men.

In an interview with 2015 AFCON best player, Christian Atsu tells Starr FM’s Henry Asante Twum how his National team colleagues are desperate to turn the tables around in Gabon.

The Chelsea man who now plays on loan at Championship side Newcastle United is undoubtedly going to be one of the star players to watch out for at the tournament.

His performance for the Magpies has been the best so far in his English football journey having scored three goals in 13 appearances.

HAT: You won the best player award at the last tournament in Equatorial Guinea. Are you thinking about retaining that personal glory?

ATSU: For me, winning the best player does not matter much to me now. I want Ghana to win the trophy and that’s what I am looking for. I am going to do my best and work hard for the team. Individual awards doesn’t matter to me than to win the Africa Cup of Nations for my nation.

HAT: What are your ambitions going into the 2017 AFCON?

ATSU: I think this tournament will be very difficult for Ghana. We had the chance to win it last year. It didn’t happen. But I believe that this tournament, Ghana can do better than last year and I am looking forward to helping my team do better

HAT: It’s not been easy playing against Egypt and Uganda in recent times. We face again in Gabon. Can we make it from the Group?

HAT: There are many who say that our performance has dipped. What is your answer to those fans who are pessimistic our chances?

ATSU: In football you can predict the outcome of games. We know recently we haven’t won anything. But going into a tournament is different from one off World Cup qualifiers. I also think that the players are more determined and focused on the Cup of Nations honestly more than the World. That is because for over 30 years, we haven’t won the AFCON.

So the determination for the African Cup is more than playing the World Cup qualifiers.

HAT: We have a lot of players who have seen it all in the competition mixed with some younger ones. Do you think the blend of experience and young talents can help Ghana in Gabon?

ATSU: I don’t believe experience will help much at the Africa Cup of Nations. It’s a team that is more determined and hard working. In Europe you can count on experience. But in Africa things work differently. So I believe that the team which is more determined, hardworking and well organized will do better in this Africa Cup of Nations tournament.

ATSU: Well we have a great team spirit. When you see some of my colleagues like (Wakasso and Asamoah Gyan), the way they speak and behave. It clearly shows that we are confident and we are sure we will go far in this tournament. It’s not because we finished second last year. But it’s the determination behind what we are going to do. That’s why we always say that we are going to do better than what we did at last year’s Cup of Nations.

HAT: There are some good teams like Champions Ivory Coast, 7 time winners Egypt, host Gabon and other teams who have quality. Which team do you see a threat to our dream of winning the title?

ATSU: For me most people underrate Uganda. But when you see their play they look very organized. Defensively and offensively they are very good and it’s hard to break them down and they always play good. Senegal also have a good team.

But Uganda have a lot of quality in the team and I think they (Uganda) can be the surprise side at this tournament.

HAT: With just a few days to the competition. What is your message to Ghanaian fans who are disgruntled because of recent poor results?

ATSU: I will tell Ghanaians to keep supporting the Black Stars team. They should always put the past behind and support the team because mostly when we don’t win it’s hard to accept the defeat. Because we feel disappointed ourselves. This time around we need their support and it’s our hope that we will put smiles on their face come January.