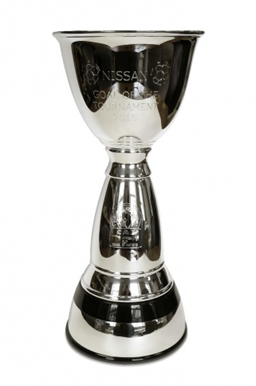 Nissan is giving AFCON fans and players the chance to win big.Goal of the Tournament. This will be done as fans across Africa will be given the opportunity to vote on Orange AFCON 2015?s best and most exciting goals and win a Nissan Qashqai at the end of the tournament.

The Corporate Vice President, Global Head of Marketing, Communications & Brand Strategy for Nissan, Roel de-Vries, said, the Goal of the Tournament competition gives football fans the chance to interact with the Orange AFCON tournament in a way that translates the excitement of the pitch directly onto their computer screens and into their lives.

Also, Nissan has partnered with SuperSport to further enhance this experience. Football fans will be able to vote once a day for their favourite goals on Nissan?s Goal of the Tournament competition page on supersport.com.

On his part, Brandon Foot, Acting CEO of SuperSport, said they want to be the go-to channel for football fans to be part of the 2015 Orange AFCON action. “We have secured the pay TV rights to broadcast the games, but beyond that we are excited to give fans the opportunity to interact with the tournament in a real and fun way, even once each game ends.?

However, at the end of Orange AFCON 2015, CAF will select the best goal of the tournament, and all fan votes cast for this goal will go into a draw, with the winning fan being randomly selected after the final match on 8 February 2015. The lucky winner will drive away in a brand new Nissan Qashqai.