Afghan Ambassador to Pakistan Omar Zakhilwal expressed Saturday his hope that Pakistan could partially open the two countries’ border for Afghan sick, women, elders as well as Afghans who are stranded in Pakistan with valid visas later the day. 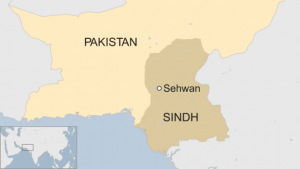 Zakhilwal posted a statement on his official Facebook page Saturday and advised Afghan nationals to “avoid travel to Pakistan even if the border is opened.”

Pakistan closed Pak-Afghan border on Feb. 16 for “security reasons” as it insists militants who have carried out recent attacks in Pakistan operate from the Afghan side of the border.

Pakistan Foreign Office spokesman Nafees Zakaria has said that a decision regarding reopening of Pak-Afghan border will be taken in due course of time.

“Pakistan has continued to maintain and emphasize that effective border management is vital for preventing cross border movement of terrorists. Pakistan is ready to work with Afghanistan on those issues in a spirit of mutual respect, trust and cooperation,” the spokesman said at his weekly briefing Thursday.

The spokesman said issues between Pakistan and Afghanistan need to be addressed through constructive and positive engagements.

Security officials in Pakistan claim that several alleged training camps and hideouts of the terrorist groups in the Afghan side of the border were destroyed in recent days. Enditem