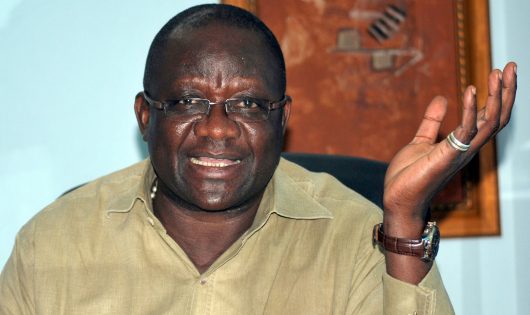 New Patriotic Party (NPP) stalwart Hajia Fati Amadu and the Ayawaso Central Youth Organiser of the party, Moses Abor, have been invited to the Police Headquarters to assist the security agency in a case of assault lodged against them. DAILY GUIDE learnt that the NPP Chairman, Paul Afoko, had lodged a complaint against the two party activists at the Police Headquarters, claiming that the Nima Police had failed to handle a case lodged there against the duo.

According to Moses, at the end of the ill-fated press conference by the party?s General Secretary, Kwabena Agyepong, and Paul Afoko, somewhere in August, a certain party activist called Atuluk was overhead insulting some of the party executives, whereupon a lady queried him verbally for the action.

?I left the scene only to be called by the Nima Police about a report lodged to the Command that I knew a group of youth who assaulted the said Atuluk,? Moses said.

He further disclosed, ?I was called again by the Nima Police about a petition lodged at the Police Headquarters regarding the matter and that I should report to the location tomorrow which I am going to do.?

Joined in the petition is Hajia Fati, an activist of the party, who contested for the position of Vice Chairman of the party during the Tamale conference of the political grouping.

Speculations are rife that the petition was initiated by party Chairman Paul Afoko, who is said to have been putting pressure on the police to act.

However, DAILY GUIDE learnt that the attack on the NPP headquarters was carried out by a group of bodyguards who accompanied the party?s General Secretary, Kwabena Agyepong, to the press conference.

Mr Agyepong had conceded in several radio interviews that the alleged hoodlums were his bodyguards.

The general secretary?s bodyguards clashed with party security leading to the spilling of blood.

Police to get body cameras for their operations