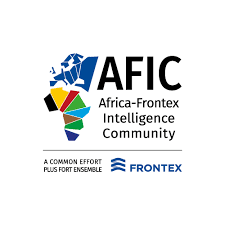 The two-day workshop, the first of its kind in Ghana, has brought together border security experts from across Europe and Africa to share ideas in confronting recurring cross border crimes.

It is being organised by Frontex, the European agency for the management of operational cooperation at the External Borders of Member States of European Union in collaboration with AFIC and it is being hosted by the Ghana Immigration Service (GIS).

Mr Prosper Bani, Minister for the Interior, said hosting the AFIC here in Accra, marks another milestone in the recognition of Ghana as a key international partner in the maintenance of global security.

He said the AFIC meeting is occurring at a time that national authorities are struggling to manage the impact of the mass migration across the Aegean Sea from Syria and also from North Africa to Europe.

Mr Bani said terrorism and other transnational crimes could only be fought effectively through joint international efforts and in that regard, sharing of intelligence and information is a vital factor.

“It is particularly against this backdrop that the Government of Ghana readily accepted to host this year’s AFIC meeting in Accra,” he said.

Mr Bani said the human tragedy that has been witnessed, especially those involving vulnerable women and children, has been heart-breaking.

“For us in Africa, we note and monitor closely the dangerous journey through North Africa across the Mediterranean,” he said and attributed that to political instability in some North African countries.

Mr Bani said another issue of major concern was the proliferation of terrorist acts, especially in the West African Sub Region.

“We are mindful of the heinous terrorist attacks on the people of Paris as well as the San Bernardino case of the United States of America last year.

“…we have observed with horror, the despicable actions of Boko Haram in Nigeria, Niger, Chad, Cameroun and Mali. Very recently on account of the serious terrorist attacks suffered by Burkina Faso- the West African sub-region is on a high security alert and Ghana is no exception,” Mr Bani said.

“We hope that [the deliberations] will offer an important platform for intelligence sharing on transnational crimes that threaten the security of the West African sub region in particular and the world as a whole,” he added.

Mr Paolo Salvia, Head of Political Section of the European Union (EU) in Ghana, said AFIC provides the common platform to fight illegal migration and human trafficking and affirmed the EU’s continuous support for their activities.

Mr Felix Yaw Sarpong, Director of Ghana Immigration Service, said being a founding member of AFIC, the GIS was enthused to host the first full session of AFIC in Africa after the mini meeting in Senegal and Morocco last.

He said AFIC has come a long way from its birth in Madrid in 2010 as intelligence from its meetings and annual reports has been very vital over the years.

Mr Sarpong said the network has improved co-operation in the combat of transnational crimes among member states and organizations.

Over the years, AFIC has developed and has duly extended its intelligence exchange to cover all other transnational crimes including terrorism, drug trafficking and money laundering.