The Alliance for Accelerating Excellence in Science in Africa (AESA) was launched in Nairobi on Friday by the President of Mauritius, Ameenah Gurib-Fakim, who is also a member of the African Academy of Sciences.

The association will help drive Africa’s research agenda and build scientific capacity across the continent that only produces about 2 percent of the world’s research output.

Speaking during the occasion, Gurib-Fakim said now is the moment for African governments to take action and prioritize funding for local scientific research and innovation, which she said the continent’s future depends on.

“As a scientist, entrepreneur and a president, I have seen first-hand the impact that investments in science can have both on individual researchers and on a country’s development,” she said.
The Mauritian leader said to make Africa do well at research level, the continent needs more research bodies like AESA.

“Ebola was able to reach the level it attained in West Africa because there are no strong research institutions in the continent that would have curbed its spread,” she said.

“Today, we are proud to launch new initiatives that will help harness Africa’s scientific potential to contribute to the wellbeing of Africa’s people,” Berhanu said.

AESA was created by the AAS and the NEPAD Agency with 5.5 million U.S. dollars in initial seed funding.
Endorsed by African Heads of State and Government, the Nairobi-based AESA aims to support the implementation of the African Union’s Science, Technology and Innovation Strategy (STISA-2024) and the African Health Strategy (AHS) for 2015-2030.

In addition to serving as a scientific think tank, AESA will manage more than 70 million dollars in Africa-focused research programs as part of its broader effort to build pan-African scientific capacity and leadership. Enditem 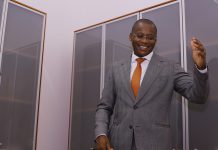 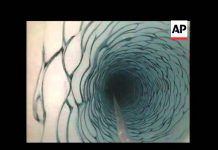