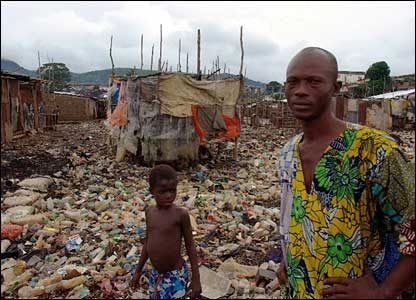 African countries need to strengthen their partnership with China in areas that advance socio-economic transformation as outlined in the continent’s Agenda 2063, experts said on Wednesday during a meeting in the Ethiopian capital, Addis Ababa.

While acknowledging that poverty, disease and civil turmoil remain key challenges in Africa, the experts proposed a strategic collaboration with China to help address them conclusively.

“Under Agenda 2063, African countries have a responsibility of ensuring there are reduced levels of extreme poverty in the region by 2063,” Apollos Nwafor, the Pan Africa Director of Ethiopia-based Oxfam International told Xinhua during an interview.

“There exists an opportunity for African countries to pursue partnerships with China to speed industrialization which would then result to creation of jobs for the citizens of the African continent. In the long term we will see a reduction of poverty in Africa,” he added.

The Sino-African trade relation has been on the rise in the past decade as China continues to expand its investments in the service sector mainly through infrastructural and manufacturing developments.

However, Nwafor was emphatic on equally shifting focus on balancing trade flows between China and respective African counties to draw mutual benefits and spur both-end advancements.

“It is important that the African continent transforms from being an exporter of raw materials to a processor that manufactures products consumable in Africa and in other countries such as China,” he said.

Importantly, China need to engage in multiple co-operations with the African countries to assist them in achieving the Agenda 2063 of reducing extreme poverty and transforming the continent, observed Gideon Jalata,the Program Manager for Africa-China Dialogue Platform.

“The partnerships have the potential of bringing more benefits to Africa profoundly transforming its status and opening more job opportunities to unemployed youth,” said Jalata.

It is therefore very critical that Africa and China establish a mutual engagement mechanism to ensure Africans benefit from the co-operations,” he added.

The accomplished scholar said Africa must be empowered to address its problems instead of being provided with short-term donations.

“Aid is not a solution to African problems. What Africa needs is technical support to be able to tackle their own problems,” Jalata said.

China transferring its technological prowess to the African youth would be a step forward to creating entrepreneurs becoming the engines of industrialization in the region, he said. Enditem

“Several thousand” flee into Sudan amid conflict in Ethiopia – UN