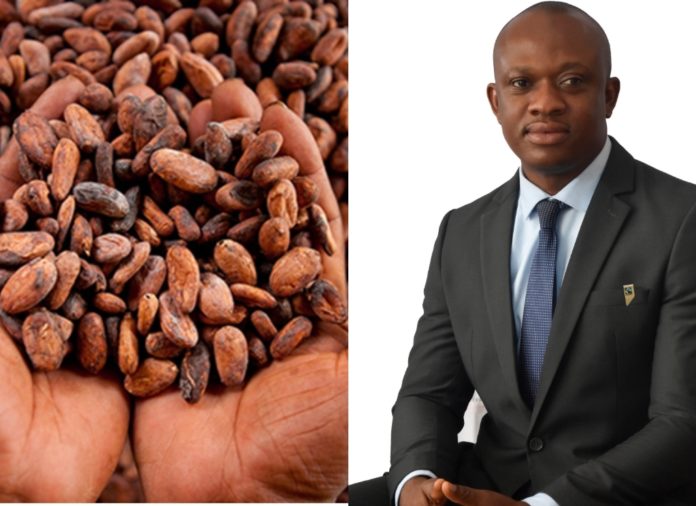 He said whereas addressing trade relations and social issues, with focus on the nexus of leadership and empowerment, they were critical, but could not in themselves bring farmers to required levels of sustenance and decent living, which is their basic human right.

Moreover, despite the progress made so far in empowering farmers, data from report findings show that a majority of farmers in Ghana and Côte d’Ivoire live below the poverty line and are not able to earn a living income.

The typical farmer, he said, might never be at the international trade negotiating table on trade and commodity pricing and he might not be present at high-level discussions by local governments on foreign exchange projections from the sales of agricultural produce.

This notwithstanding informed and empowered farmers to have a better opportunity to voice and articulate their concerns and engage with relevant stakeholders for more support in organisational strengthening, market opportunities, and the capacity building of their members through associations and bodies such as the Fair Trade product networks.

“This means that a lot more may need to be done to ensure that farmers earn directly the value worth of the volumes they sell.

To achieve this, there is the need to address other bottlenecks within the agricultural supply chain that bother on transparency by all intermediary players, commitment to ethical standards by traders and brands, promoting a favourable regulatory and policy environment by government, advocacy, technical support and technological application by other actors such as private sector, non-governmental organisations, academia, and civil society,” he said.

Mr Akapire said this in a statement from Fairtrade Africa West West Africa Network and copied to the Ghana News Agency in Accra.

Speaking about the role of women in agricultural and cocoa supply chains, Mr Akapire said a lot needed to be done to help address some of the socially held norms about it.

Organisations like Fairtrade, he said, were helping to empower women and create more awareness through its programmes like the Women’s School of Leadership.

For his part, there was the need for multilateral stakeholder engagement within the cocoa and commodity sector to protect the rights of vulnerable groups like smallholder farmers including women who produce the majority to the world’s cocoa.

In West Africa, especially in Ghana and Cote d’Ivoire, he said a new trend is emerging, where farmer groups are getting more formalised and forming cooperatives and strengthening them by approaching their organisations as local businesses that need a profitability and sustainability model.

“Here, the action taken by the governments of Ghana and Côte d’Ivoire to sell cocoa and set prices through the announcement of the Living Income Differential for both countries is highly commendable and a step in the right direction,” he said.

He said running the farm as a business had helped farmers across to Africa realise that sustainable crop production helps builds profitability, not only because it attracts responsible and ethical buyers for their cocoa beans, but also because the good agricultural practices they engage in helping them to protect the environment and increases the yield from the same piece of land.

As the global economic outlook becomes uncertain with the Coronavirus pandemic, Mr Akapire said strengthening of farmer organisations becomes more critical to ensure a strong local farmer organisation that is run by and for its members and can provide member support, food security, balance of trade and continuity of trade agreements by respective governments.

He suggested that farmer groups be encouraged to form unified networks and associations to help them to stay abreast with current trends on trade pricing, new farming methods, and new market opportunities.

Also, recognised and ethical labels must continue to add value to member farmer cooperatives by ensuring continued support and capacity building to their members, he said, and called on policymakers to ensure a regulatory framework that continues to support transparency at all levels of the supply chain.

Mr Patrice Kangou, Manager of ECAAF Cooperative and a contributor to the organisational strengthening module of the West Africa Cocoa Programme believed strengthening cooperatives was a first step in the right direction to improve the lives of farmers.

He said: “We have been able to provide potable water to our community through Fairtrade premiums. Also, through the democratic decision-making process, the farmers decided to build a maternity clinic to provide health care to pregnant women in the locality.”