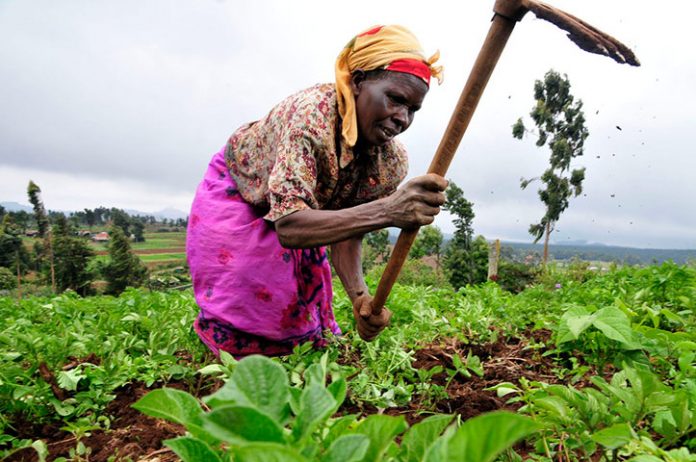 Close to US$6.5 billion worth of investments in palm oil, pulses, potato and rice, mainly in West Africa, over the next eight years, were made and the new US$280 million Partnership for Inclusive Agricultural Transformation in Africa (PIATA) launched

Africa’s economic growth prospects received a major boost this week with the signing of a record number of new investments and partnership agreements for inclusive agricultural transformation at the 2017 Africa Green Revolution Forum (AGRF).

The week long Forum, the 7th in a series, focussed on two things; announcement of concrete investments in agricultural businesses and the establishment of new and innovative approaches and partnerships to deliver programmes for greater results.

Embodying this spirit, the forum saw the signing of numerous agreements and business deals that will be key in bringing to life major agricultural transformation commitments including the US$ 30 billion committed at the AGRF in 2016. This charge was led by the African Heads of State present at the forum who were unanimous in their call for urgent action and committed to lead by example.

“Agriculture is an important sector for our economic growth. Studies show that more than half of poverty reduction is attributable to agricultural development against 10 percent for non-agricultural development. This is why we have, in Cote d’Ivoire, gradually increased investments in the sector over the last five years, which has doubled the incomes of farmers and significantly reduced poverty levels,” said the host President, H.E. Alassane Ouattara.

Hailed as one of the foremost African agriculture champions, President Alassane Ouattara committed to increase his government’s budgetary allocation for the sector to 10 percent, of which US$200 million has already been provided to cocoa and coffee farmers.

“We recognise the paramount importance to us as a people and as a continent to turn agriculture around, to feed ourselves qualitatively and quantitatively. Unless we do that, our people will remain susceptible to hunger and malnutrition,” said President Ellen Johnson Sirleaf of Liberia. She further stressed the value of working with the private sector and committed her government to working with business leaders to double the yields of rice farmers.

“Looking at all the difficulties we are confronted with today and considering this is a major growing sector, we need to work with other Heads of States to develop policies that are coherent and that encourage smallholders to form cooperatives for ease of access to financing. We need to work in coordination with our peers so that partnerships between the public and the private sector can play a key role in the future of agribusinesess,” said H.E. Komi Selom Klassou, the Prime Minister of Togo.

In his keynote address, Strive Masiyiwa, Chair of the AGRF partners group, stressed the importance of uniting all stakeholders with a shared interest in agricultural development. “This is an opportunity to mobilise continental leadership and we are honoured to have Heads of State here. Our mission is about smallholder farmers; and it is about the women who are the main producers of food. We work in partnership with governments to realise the vison of a food secure and prosperous Africa. The AGRF partnership mobilises other players, including the private sector, to invest in the continent’s robust agriculture and food sector. We are calling for global support, not in the form of aid, but in investments to enable our young people to find meaningful employment opportunities.”

Speaking on behalf of H.E. Nana Akufo-Addo, President of Ghana, Hon. Dr. Owusu Afriyie Akoto, Ghana’s Minister of Agriculture, expressed his country’s renewed support for the ‘Planting for Food and Jobs’ programme, with a pilot targeting 200,000 of the country’s five million farmers and fisherman in the first year.

The forum heard that great progress had been achieved as part of the US$30 billion worth of political, financial and policy pledges made in support of Africa’s agriculture at the 2016 AGRF. Key among these was the announcement of the new US$280 million Partnership for Inclusive Agricultural Transformation in Africa (PIATA) by the Bill & Melinda Gates Foundation, the Rockefeller Foundation, the United States Agency for International Development (USAID), and the Alliance for a Green Revolution in Africa (AGRA). PIATA is an innovative and transformative partnership and financing vehicle to drive inclusive agriculture transformation across the continent to increase incomes and improve the food security of 30 million smallholder farm households in at least 11 African countries by 2021.

The theme of the forum was Accelerating the Path to Prosperity: Growing Inclusive Economies and Jobs through Agriculture, which served as the guiding framework for a total of 52 sessions and more than 300 speakers. Throughout the forum, there was great emphasis on the priority areas of increasing the involvement of women and youth in agriculture and agribusiness. Significant deals were also signed by the private, public and NGO sectors. They included:

o The European Union, which agreed a new European Consensus for Development Initiative with a value of around US$1.5 billion. This adds to its existing blended finance facilities for Africa and the neighbouring region with an estimated budget of US$2.6 billion to leverage more than $44 billion of investment in Africa until 2020

o Germany’s Federal Ministry of Economic Cooperation and Development (BMZ) reaffirmed its commitment to the One World No Hunger initiative with €1.5 billion per year invested in agriculture

o Yara, the global fertiliser company, dedicated more than $100 million in downstream operations and $130 million to develop a mine in Ethiopia

o Close to US$6.5 billion worth of investments in palm oil, pulses, potato and rice, mainly in West Africa, were made to cover the next eight years. These included a crowd funding facility to support 10,000 farmers and SMEs with loans of US$100 – US$10,000; a US$500 million infrastructure investment deal to improve access to farms and markets; and a commitment by Mahindra Agribusiness to buy all green grams produced in Africa for processing in a newly built crushing plant in Ethiopia with a capacity of 40,000 tonnes.

Speaking at the closing ceremony, Hon. Mamadou Sangafowa Coulibaly, Cote d’Ivoire’s Minister of Agriculture and Rural Development said, “President Ouattara does not make these types of commitments lightly, and you have his assurance that we will make all of the necessary efforts required to implement the recommendations of this vital forum.”

“This week has shown what can be achieved when countries across Africa come together and collaborate with all partners including the private sector,” said Commissioner Josefa Sacko. “At the moment, as a continent we rely too heavily on external resources to meet our food needs. The potential within Africa means that this doesn’t need to be the case for future generations. By helping to provide the millions of small holder farmers, so many of whom are women, with access to the funding and expertise they need, we can help them thrive not just as subsistence farmers but as successful business people across the region,” she added.

Dr. Agnes Kalibata, President of the Alliance for a Green Revolution in Africa (AGRA), ended the forum with a stirring call to action that brought home to delegates how agricultural transformation not only changes farming, but remains the best bet for Africa’s prosperity. “An inclusive agricultural transformation will address many of the continent’s biggest problems. For example, agriculture can fill the economic growth gap created by falling commodity prices; create high productivity jobs for young people as an alternative to migration to Europe; improve the livelihoods of farmers to move from subsistence occupations to viable businesses; and create a globally competitive agriculture and agribusiness sector to produce the high value processed foods consumed increasingly by Africa’s growing middle classes.”

“The more value added food products Africans can consume that are made in Africa, the fewer imports we need and the more African jobs we create. By importing so much of our food we are effectively exporting jobs and losing value from our economies. Today, too many of our young people are needlessly dying in the Mediterranean searching for jobs. Tomorrow, let us ensure that agribusiness provides the jobs and stability that they surely deserve,” concluded Dr. Kalibata.