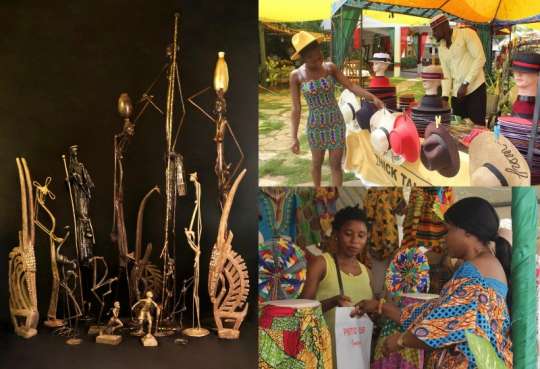 The African Art and Culture Development Company Limited (AACD-African Market) said it had extended its fair to allow for increased sale of arts and fashion products from the government’s One District, One Factory initiative.

The 9th African fair, which started on December 19 and was expected to end on December 29, but the organisers of the fair said they were extending it into the coming year to ensure that the efforts of promoting the African arts industry is ignited and sustained to yield the expected outcomes.

Mr Stanley Felten, the Chief Executive Officer of the AACD-African Market, organisers of the 9th African Arts, Crafts and Fashion Fair, said the 10-day extension ending on January 7, 2020, would pave way for the promotion of African arts and culture among Ghanaians and the diaspora.

Speaking with the Ghana News Agency at the weekend, he said that “it was significant to extend the fair to finish the unfinished business of promoting the African arts, crafts and culture industry”.

After President Nana Addo Dankwa Akufo-Addo successfully launched the Year of Return, it has helped in promoting the arts and culture industry, however Mr Felten was of the view that 2020 would be a year to reap from the initiative.

He said as a Company which seeks to promote the industry in Ghana and Africa in general, it saw the need to extend the fair beyond the Year of Return and also, with the aim of promoting products emanating from the government’s One District, One Factory initiative.

He said to ensure that Ghana Beyond Aid became a reality; there was the need to promote the locally manufactured products especially from the arts, crafts and fashion as well as the promotion of entrepreneurship in the industry.

Mr Felten said the fair, organised on the theme: “African Renaissance 2020” sought to introduce a 10-year strategy for the promotion of African arts, adding that the Company had organised the fair for the past 10 years.

He said the products exhibited during the initial closing period were products from different African countries with majority coming from Ghana and others from Mali, Burkina Faso, Cote d’ Ivoire and others.

Some of the products on exhibition were local unisex hats, shea butter, and African black soap, Attieke with fish/chicken, pet baskets, and blend of local unisex kaftans, among many others.

The AACD-African Market, located in East Legon near the ‘A&C’ Mall was established in April 2001 after 20 years of research and development, coupled with series of experiment led by the Founder and CEO but started operations form Osu in Accra.

It has the aim of ensuring that local manufacturers of arts, crafts and fashion products attracts many benefits from their activities.