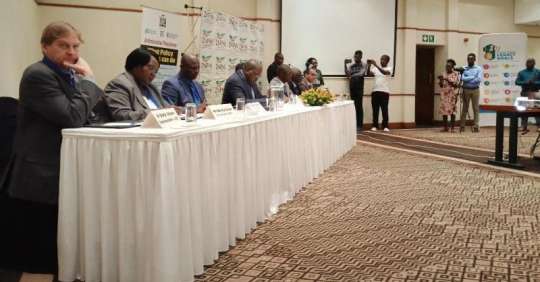 African countries have been advised to prioritize and start implementing activities contained in their National Action Plans (NAPs) for Antimicrobial Resistance (AMR) to combat the threat.

Dr Olafur Valsson, Programme Officer, World Organisation for Animal Health (OIE) Sub-Regional Representation for Southern Africa who gave the advice also observed some of the Action Plans were over crowded with so many activities and it therefore calls for prioritization due to the lack of adequate resources for full scale implementation.

Dr Valsson was speaking during a panel discussion at the “Pan-Africa Workshop on Effective Implementation of National Action Plans on Antimicrobial Resistance” held in Lusaka, Zambia.

He stressed on the need to start implementation of the plans due to the great threat of AMR to public health security, adding that time was not on their side to wait to get all the necessary resources before implementation.

The OIE Representative also underscored the need for African countries to step up political will, emphasizing that a real political would mean that there was commitment to making funding available.

“AMR is a lot of bacteria joined together fighting us and we can only fight and win if we also join forces”, said Dr Valsson.

AMR is developed when microorganisms such as bacteria, viruses, fungi and some parasites are able to withstand the effects of antimicrobials, rendering treatment of infectious diseases in humans and animals ineffective.

Presently, more than 70,000 people are dying across the world each year due to infectious diseases that have become resistant to antibiotics and yet it is estimated that by 2050, the death count will increase to 10 million each year.

The workshop was jointly organized by Zambia National Public Health Institute, Ministry of Health, Zambia and Centre for Science and Environment (CSE), India, and attended by participants from 11 countries including Zambia and India.

The objective is to discuss the threat of AMR to humans, animals and the environment; its spread, and impact in Africa and to understand the implementation of the NAPs on AMR.