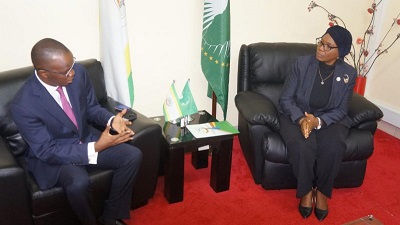 The East African Law Society and the African Court on Human and Peoples’ Rights has initiated moves to deepen cooperation to ensure the protection of human and peoples’ rights in Africa.

The two entities seek to complement and reinforce the protection of the rights of Africans in pursuant to Article one of the Protocol to the African Charter on Human and Peoples’ Rights.

He explained that the East Africa Law Society which is the regional Bar Association of East Africa was formed in 1995 and incorporated in Tanzania with over 17,000 individual members.

He said the Society was also a member of the International Coalition for the Responsibility to protect under which leaders of every country solemnly promised to protect their people from genocide, war crimes, ethnic cleansing, and crimes against humanity.

He said it was established to protect the human and peoples’ rights in Africa principally through delivery of judgments.

She said the African Court’s mandate is to complement and reinforce the functions of the African Commission on Human and Peoples’ Rights, which is a quasi-judicial body charged with monitoring the implementation of the Charter.

The African Court applies the provisions of the African Charter on Human and Peoples’ Rights and other human rights instruments ratified by the States concerned. It does not have criminal jurisdiction like the International Criminal Court.

The African Court President explained the core values hinged on the African Charter and other internationally recognized principles of human rights and the promotion of the rule of law.