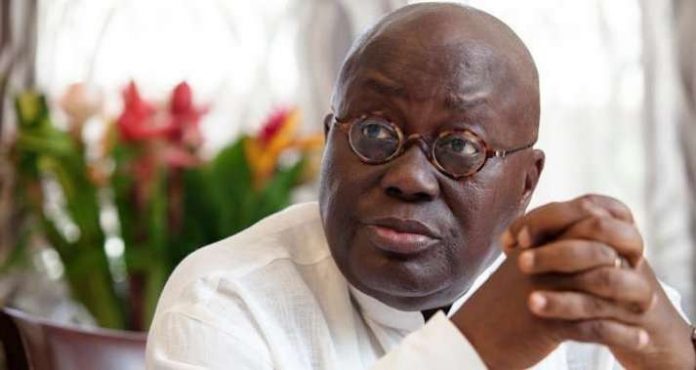 President Nana Addo Dankwa Akufo-Addo on Monday called on African journalist to change the externally-generated image of the Continent, and espouse the limitless possibilities inherent in Africa.

He said the continent’s media owed it a duty to establish a positive narrative that would project Africa’s status as the new frontier of growth and boundless economic opportunities.

The summit is focused on exploring best ways to maintain a flourishing media to contribute to the sustainable development of the Continent.

The forum seeks among others to strengthen financial journalism and improve economic and financial data across the Continent.

President Akufo-Addo observed that African media practitioners faced many challenges that have led to it shirking its responsibility to espouse the Continent’s story.

He said as a result, the narrative on Africa had been shaped and told by foreign journalists, who project the continent as one torn by war, disease, poverty and famine.

The President noted that as long as there was widespread poverty and inequality, the narrative on the Continent would remain negative.

“This means that you, our writers, our journalists from the continent, the writers of the African story, carry a great responsibility.

“When you write, what you write must be about the limitless possibilities on the continent. What is written about Africa by African writers must have the ultimate reference status,” he said.

The President further stated: “It is now for you, our business and financial journalists, to set the tone for the economic development and prosperity of Africa.

“When our young people do not see a future in their countries, and cross the Sahara desert on foot and drown in the Mediterranean Sea, in a desperate bid to reach the mirage of a better life in Europe, no amount of beautiful lyrics will change our image,” he noted.

President Akufo-Addo was of the view that the African would find much more relevance with the rest of the world when African economies grow and improve, and its youth get educated and are self-confident and full of hope.

“When African economies improve and there is increasing prosperity, we will find that more and more people will become interested to invest in our continent, resulting in thriving economies, and the creation of progressive and prosperous nations.”

President Akufo-Addo was confident that technological advancement and innovations will help change the face of Africa’s media, and present the continent with even more greater control to tell its own story.

He urged financial and business journalists on the continent to bring to the attention of governments and decision-makers why the promotion of business-friendly environments was important.

“They need to understand that the way to building that environment is when government and regulatory policies enhance, rather than inhibit or frustrate, trade, commerce and investments. Promoting the rule of law by our governments assures and gives confidence to the investor community that their investments would be safe.

When we master the narrative, we can, then, effectively tell the story about the looting of Africa, and the huge amounts of illicit funds that flow from our continent, funds which, if we were able to control, would be available to finance the development of the continent,” he added.

President Akufo-Addo commended the Ghanaian media for its active role in tackling the social ills of the country, and advocated for the investment that will contribute to the sustainable development of the country.

“This generation of African media practitioners has to be the generation that refuses to be either victim or pawn, and accepts to travel down the path of genuine popular empowerment, which represents the strongest guarantee of our independence and sovereignty. Freedom of expression, encompassing media freedom, is a critical element of that journey, which we must guard jealously at all times,” he added.