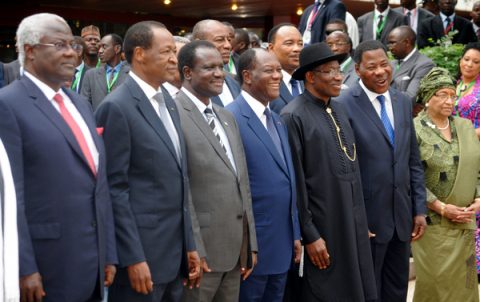 African leaders who win elections on the anti-corruption platform must ensure that they lived up to their pledges to deliver corruption-free services to their citizens, Transparency International (TI) has said. 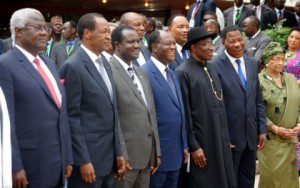 The global anti-corruption watchdog said in its Corruption Perceptions Index 2016: “They must implement their commitments to the principles of governance, democracy and human rights.

“This includes strengthening the institutions that hold their governments accountable, as well as the electoral systems that allow citizens to either re-elect them or freely choose an alternative.”

The TI noted that in the elections in Africa in 2016, voters showed their disaffection with governments’ corruption record and this was reflected in the various polls.

This was clearly evident in Ghana where the opposition New Patriotic Party (NPP) ousted the National Democratic Congress (NDC) from power in last December’s presidential and parliamentary elections.

“Despite being a model for stability in the region, Ghana, together with another six African countries, has significantly declined in the ratings,” TI reported.

“The rampant corruption in Ghana led citizens to show their frustrations through the election, resulting in an incumbent president losing for the first time in Ghana’s history, according to the TI.”

Other major African countries that failed to improve their scores include South Africa, Nigeria, Tanzania and Kenya.

TI noted that South African President Jacob Zuma was in court and in the media for corruption scandals.

“Kenya – despite the adoption of a few anti-corruption measures including passing a law on the right to information – has a long way to go,” TI said.

“President Uhuru Kenyatta expressed frustration that all his anti-corruption efforts were not yielding much.

“He may need new strategies as Kenyan citizens go to the polls in 2017.”

Somalia at 176 and South Sudan 175 are propping up the Index.

Botswana at 35 is the topmost African country on the Index.

Cape Verde at 38 and São Tomé and Príncipe at 62 are the most improved African countries, according to TI.

The 2016 Index points to the relationship between corruption and inequality in societies around the world that led to a “populist” Donald Trump becoming president of the US.

“Indeed, Trump and many other populist leaders regularly make a connection between a ‘corrupt elite’…interested only in enriching themselves and their (rich) supporters and the marginalisation of working people,’ the TI analysis said.

“Is there evidence to back this up?

“Yet, the track record of populist leaders in tackling this problem is dismal; they use the corruption-inequality message to drum up support but have no intention of tackling the problem seriously.”