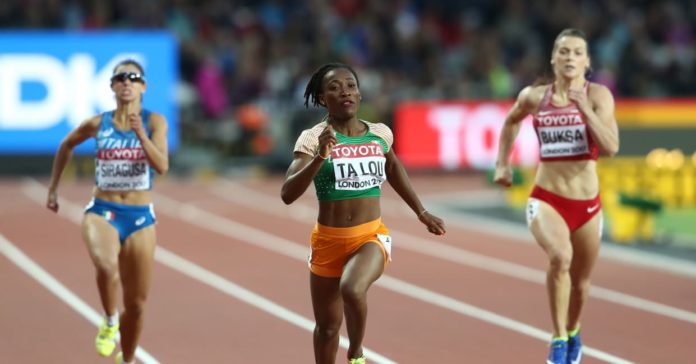 2019 world 100m silver medalist Marie Josee Ta Lou of Cote d’Ivoire said she hopes to inspire the next generation of African champions with her success in the Diamond League Call Room lockdown series held on Sunday.

Ta Lou, who came second in last year’s Rabat Diamond League and later broke the African 100m record in the same stadium as she swept to gold at the All-African Games, said she wanted to be a good role model.

She said: “After I stop running, if somebody who becomes a champion later on says that they were inspired by watching me, that would make me really happy.

“It motivates me every time. I don’t run only for me, I run for all of Africa, for all the world, and for all the people who think they don’t have the chance to become a champion,” she added. Enditem