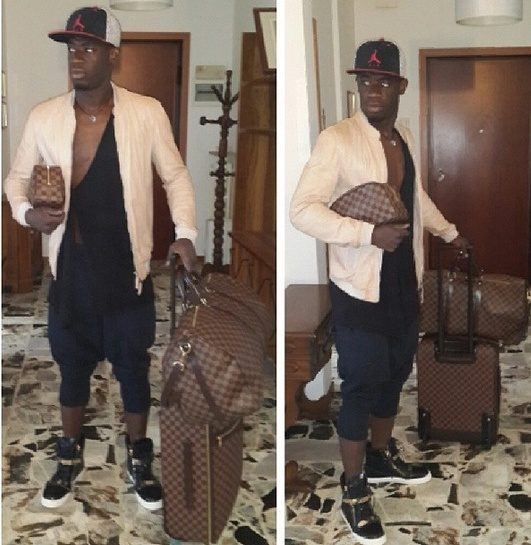 Afriyie Acquah off to Ghana to join Black Stars camp

Midfielder Afriyie Acquah is expected to arrive in Ghana on Monday night to join the Black Stars? early preparations ahead of the 2014 World Cup.

The on-loan Parma midfielder will be amongst a host of foreign-based players to begin training in Ghana?s non-residential camp on Tuesday in Accra.

Acquah has had a fabulous season since returning to the Italian top flight on loan from German club TSG Hoffenheim.

The 22-year-old made his 27th Serie-A appearance in Parma?s 2-0 win over Livorno on Sunday which qualified the side for next season?s Europa League.

His good form has earned him a place in Ghana?s provisional 26-man squad for the World Cup but many believe he will be one of the three casualties to be decided on by coach Kwesi Appiah after the May 31st friendly against the Netherlands.

The ex Palermo man is however determined to prove himself as he arrives on Monday night.

Acquah posted a picture of himself having packed bag and baggage ready for his trip to Ghana on his Instagram page.

Acquah will be joining the likes of capatain Asamoah Gyan, Rabiu Mohammed, Samuel Inkoom, Harrison Afful, Rashid Sumaila and Jerry Akaminko who have already arrived in the country ahead of Tuesday?s training.

The Black Stars will be playing a farewell match against a local select side on Friday before flying out to the Netherlands on Saturday to intensify their preparations.