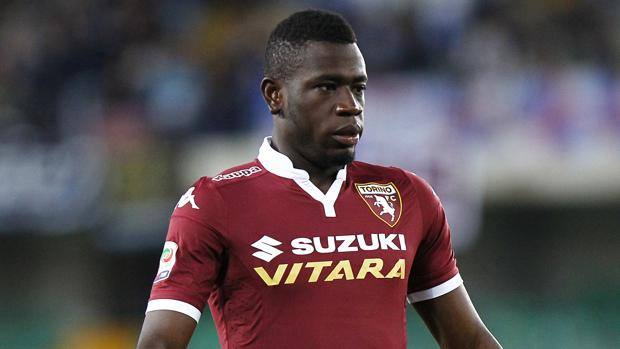 Ghana midfielder Afriyie Acquah will be playing for Torino in the big Turin derby for the first time against Juventus on Saturday.

The 23-year-old is expected to continue with his central midfield partnership with Italian Guiseppe Vives as they look to assert their recent dominance over the Old Lady.

Torino were victorious in the corresponding fixture last season with a 2-1 win having been beaten by Juventus in seven consecutive previous meetings.

Giampiero Ventura’s side go into Saturday’s clash at the Juventus Stadium boasting the better form with three points more and two places above their crosstown rivals.

Juventus however keep improving from their disastrous start to the season and have now gone four games unbeaten in Serie-A.

Manager Massimilian Allegri is not short on confidence of his team but concedes a win over Torino on Saturday is more important than the previous victories secured against their rivals.

“This year, the Derby Della Molle for the ranking is more important for us than for them [Torino].”

There is however a subtle low in the Ghanaian perspective as Afriyie Acquah misses the chance to play against compatriot Kwadwo Asamoah who is still struggling with injury.