The passage of the Petroleum Production and Exploration Bill into law by Ghana’s parliament has been hailed by some members of the Organisation of Oil Exporting Countries (OPEC), describing the move as “a regional triumph”. 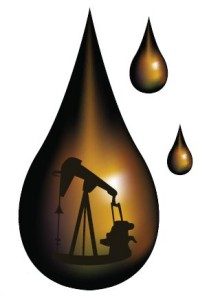 Several energy experts and Civil Society Organisations which have been much concerned on the development and management of Ghana’s nascent oil and gas have also applauded government and all stakeholders for the passage of the Petroleum (Exploration and Production) Bill into law.

Nigeria, a leading oil producer on the continent expressed its excitements in its national newspaper news report days after the passage of the law. The report suggests the World’s leading oil producer is fascinated about the swiftness with which Ghana, a country that only found oil 9 years ago, managed to pass the bill into Law as Nigeria keeps fumbling with the passage of her – Petroleum Industry Bill (PIB).

An editorial session titled “Ghana first”, in the Nigerian newspaper commended the Ghanaian authority for having the foresight to pass the bill into law, while their country dither.

“An interesting thing about the development is that before now, the country’s petroleum industry had a 1984 law which regulated the sector; but the country still felt the need to rework the law to, as the energy minister, Emmanuel Kofi Armah Buah noted, make it tighter and to reflect international standards and best practices.” The article reads.

“With this development, Ghana has sent a message to the international community that it is set to encourage multinational corporations to do business with it as well as attract more investment into the industry.”

With the discovery of larger commercial quantities of oil and gas in deep water offshore Ghana, It became necessary for the bill to passed as the new phase of oil exploration has comes with new challenges with actual development, production and utilisation of its oil and gas resources.

On August 4th, The Petroleum (Exploration and Production) Bill, 2016, was passed into law, after a long and extensive consultative process, aimed strengthening and improving the legal environment governing the exploration and production of fossil fuel.

The Chairman for the Civil Society Platform on Oil and Gas and also the Steering Committee Chairman of the Ghana Extraxtive Industry Transparency Initiative (GHEITI), Dr Steve Manteaw has described the passage as welcomed move. Adding, it was long overdue.

He noted that, the need for a new Petroleum (Exploration and Production) law to replace the PNDC Law 84 was muted in 2008, after the first ever Oil and Gas conference.
There several reasons why the PNDC Law 84 needed to be changed, he said.

Among some of the reasons, were situations when the KOSMOS Energy at a time wanted to sell its shares in the Jubilee Field, the government at then put in a proposal that, the offer should first be given to the government of Ghana before any other party. But, the government’s proposal was not grounded well since there no any provision in the PNDC E&P Law 84 to support it.

However, he noted that, the current Act, Petroleum (Exploration and Production) Act 2016 still has issues in it that need to be addressed. One of such issues, he mentioned was the provision that gives the Minister the discretional power to through away bidding results in awarding of oil block contracts and use his powers to allot the contract to an entity he deems fit.

He believes that, this provision provides room for abuse of transparency and accountability in the award of oil blocks.
Also, Energy think tank, the Africa Centre for Energy Policy (ACEP), had said the passage of the Petroleum (Exploration and Production) Act 2016 by Parliament is welcome news for the oil and gas sector.

However, ACEP says absence of punitive actions for conflict of interest by public officials blots the impeccable work by Parliament.

“We are however worried that an important provision relating to penalty for conflict of interest of public officers has not been incorporated in the Act despite many calls for it. In Liberia’s Petroleum Act 2014, a conflict of interest and penalty clause reads ‘An officer in the public service engaged in the implementation of this Act shall not, in his or her private capacity, knowingly, directly or indirectly, acquire, attempt to acquire or hold: (a) a petroleum right or an interest in a petroleum right; (b) a direct or indirect economic interest, participation interest or share in an entity that is authorized under this Act to carry out petroleum right in Liberia; or (c) a direct or indirect economic interest, participation interest or share in a company that is providing goods or services to a holder of a petroleum right under this Act. A person who contravenes this commits an offence and is liable on conviction to a fine not exceeding fifty thousand US dollars or imprisonment not exceeding five years or both,’” ACEP said in a release.

However, the think tank says it will continue to campaign for the provision on conflict of interest to eventually reflect in future amendments to the Act.

“We believe strongly that it will deter the complicity of rent seeking public officials from undermining the good governance principles in the Act,” ACEP stated.

The bill was first laid before Parliament in 2012 but years of stakeholder consultations delayed its passage.

ACEP says it has also taken positive note of the provisions of the new Act that will foster transparency in the sector. They include:

The use of direct negotiation if only one company expresses interest in the area, after a notice to tender has been published.

A requirement to enter into Petroleum Agreement with persons or companies that have the requisite technical competence and financial capacity to fulfill the obligations under the Agreement.

The establishment of a public register for the disclosure of Petroleum Agreements, Authorizations and Permits, which will be open to the public. vi. A requirement for GNPC to seek parliamentary approval if it borrows in excess of US$30 million.

“We also take note of the provision for the disclosure of beneficial ownership information in the Companies Amendment Act, 2016, which will complement the governance principles provided for in the Petroleum Act,” ACEP said in the release.

These are very strong governance provisions, which make the Act very progressive, and an important milestone in Ghana’s history of oil and gas resource management, said the energy think tank.

ACEP has been at the forefront campaigning with other stakeholders for good governance principles to be incorporated in the Petroleum Act.

“At this point, it is our expectation that all Ghanaians will show interest in the implementation of the Act. We wish therefore to call on Government to issue the appropriate implementing regulations on the Act to ensure effective operationalization of the Act.

“We would like to commend Parliament for passing this very progressive Act particularly the Chairman and Members of the Committee on Mines and Energy for their great contribution to the Act. We would also like to commend the Minister of Petroleum, Emmanuel Armah Kofi Buah for his commitment and hardwork in pushing for the Bill to be passed.

“Finally, we salute our partners and all citizens of Ghana for their role and support in championing the cause of good governance in Ghana’s oil and gas management,” said ACEP.
Ghana has been applauded for the step taken to ensure there exist a law to regulate the oil and gas sector.

But, much to this, are the concerns raised by the experts on the omissions of some vital provisions in the law to guide the imminent abuse of the Minister’s discretionary powers in award of oil blocks.
Also, an issue of major concern is the worries raised by ACEP about an important provision relating to penalty for conflict of interest of public officers which has not been incorporated in the Act despite many calls for it. Citing example with the Liberia’s Petroleum Act 2014.

Will something be done in the near future about the law to ensure that, those pertinent concerns raised are addressed to ensure wholesome commended for the law? Probably, a review or amendments would be needed to allow the law includes special clauses to avoid use of political power to abuse the law.