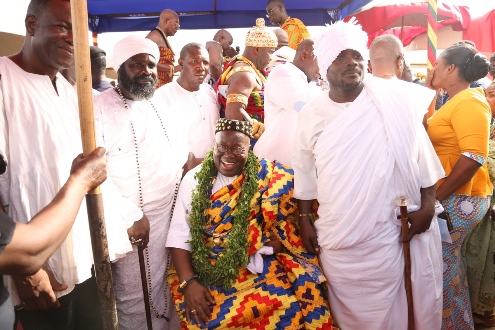 President Akufo-Addo has promised to make Accra the cleanest city in Africa by the end of his tenure in office.

According to him, government has a plan to rid the city of filth and further pledged his commitment to ensure the proper management of waste in the capital.

“The commitment I want to make, and for all of us to make, is that by the end of my term in office, Accra will be the cleanest city on the entire African continent. That is the commitment I am making,” he added.

The president made the pledge in Accra on Sunday at a durbar organised by the Ngleshie Alata Traditional Area at Jamestown in honour of the President and his wife.

Akufo-Addo was the event enstooled as a chief and was given the stool name Nii Kwaku Ablade Okogyeaman I to wit “Royal Warrior; One who fights to redeem his people.” The New Patriotic Party promised in its 2016 manifesto to construct a harbor at Jamestown.

President Akufo-Addo used the opportunity to explain them on the development saying “plans are far advanced, and, this year, you will see the beginning of the construction of a harbour at Jamestown.”

“It will bring jobs here in Jamestown, so the young men and women can be gainfully employed.”

Explaining the rationale for the enstoolment, the paramount chief of the Ngleshie Alata Traditional Area, Oblempong Nii Kojo Ababio, stated that Akufo-Addo was honoured because of his career as a human rights lawyer and an advocate of the rule of law  which he said was indicative of a man who has the welfare of Ghana at heart. 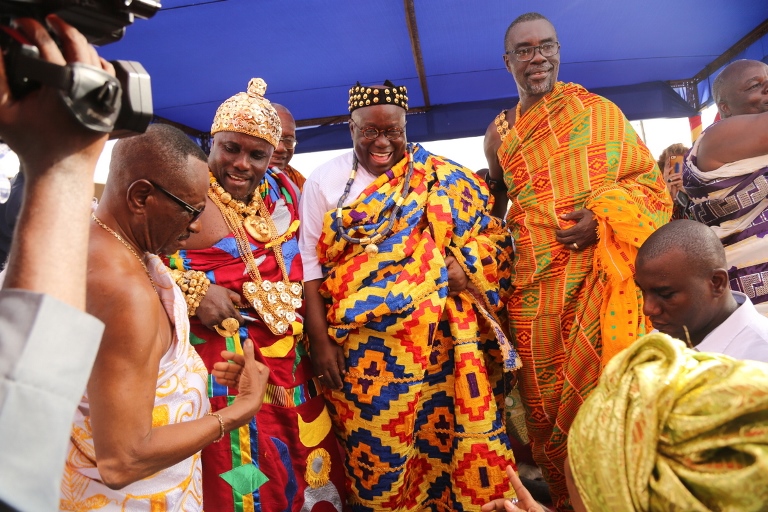 Oblempong Nii Kojo Ababio urged the president to implement programmes and policies that will benefit all Ghanaians irrespective of their political, religious or ethnic affiliations.

The paramount chief also appealed to Akufo-Addo to take urgent steps to modernize Jamestown, a move, he noted, would ramp up economic activity and bring in its wake, jobs and wealth for the people.