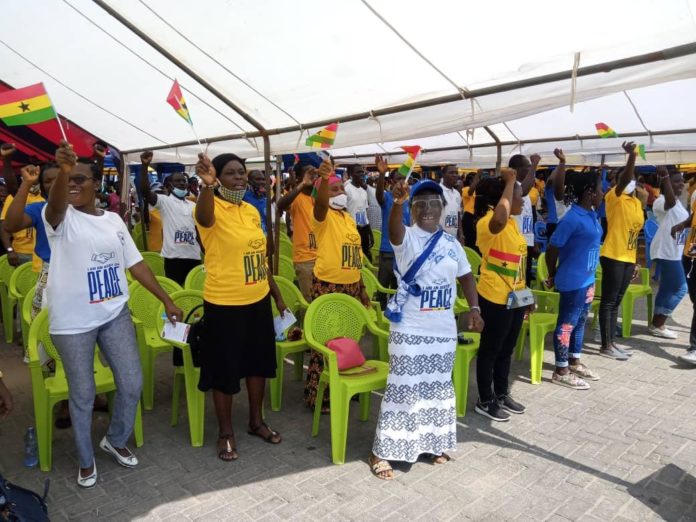 Apostle Samuel Otu Appiah, Area Head of Winneba District of the Church of Pentecost, has called for unity to make the country a beacon of peace, stability and democracy in Africa.

He said the country to continue to enjoy peace, there was the need for the citizenry to pursue peace.

Apostle Appiah made the call during the launch of the 2020 edition of the “Agent of Peace Campaign” at a durbar at Winneba.

The programme on the theme: “Seek Peace and Pursue it” brought together some personalities including Chiefs, Queen mothers, Politicians, MPs, the clergy, and Opinion leaders from Effutu, Gomoa East and West and Awutu Senya constituencies.

Apostle Appiah urged Christians to be agents of peace and to campaign to catalyze the many interventions by the Church and its partners in the Winneba District.

He said the 2020 edition of the “Agent of peace campaign” was inspired by the vision 2023 agenda of the church of Pentecost with an overarching theme “Possessing the Nation: Transforming every sphere of society with values and principles of the kingdom of God”.

“We believe that the church as the body of Christ has been called to serve God’s purpose and in this regard has over the years shown an unalloyed commitment to support various governments towards national development and peace,” he said.

Apostle Appiah gave thanks to God for the peace for which the country was celebrated globally as an oasis of peace in the West African sub-region.

He referred to the seven peaceful general elections and some by-elections in the Fourth Republic, saying these accomplishments did not come by chance but by the contributions from all and sundry and God’s Grace.

It was the church’s hope and prayer that with the launch of the “Agent of Peace Campaign” all groups and individuals will contribute significantly to a peaceful electioneering process in Effutu, Gomoa East and West, Awutu-Senya and all constituencies in the country.

Mr Emmanuel Gyebi, the Effutu Constituency Local Council of Churches’ Vice Chairman, in a solidarity message, called for unity irrespective of religious, political and ethnic affiliations to sustain the peace.

Politicians, Political Parties and supporters should respect each one’s views, embark on their campaigns devoid of insults, personal attacks and ill utterances ahead of the December polls.