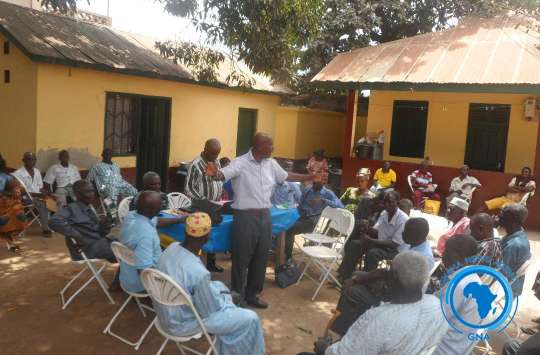 Aggrieved members of the Association of Retrenched Staff of the Ghana COCOBOD have expressed discomfort over delays in payment of retrenchment benefits to the more than 6,072 members.

They therefore called on the government to intervene for management of the COCOBOD to expedite action on the payment of the benefits or face their wrath.

In an interview with the Ghana News Agency (GNA) on the sidelines of a meeting of the Association held in Sunyani, Mr. Matthew Dogbey, the National Chairman of the Association, expressed regret that members who were retrenched in 1993 and 1994 nationwide with a promise by the COCOBOD to pay them the ‘retrenchment award’, had failed to do so.

He recounted that in 1997, the Association sought a counsel and sent the matter to court for redress, but management of the COCOBOD at that time sought for out of court settlement, and promised to effect payment.

To that effect, the management of COCOBOD, Mr Dogbey explained, set up a committee to facilitate payments of members, adding that the committee negotiated with the Association and came out with some recommendation.

“Based on the recommendations, the COCOBOD set up another sub-committee chaired by Mr Francis Gyamfi Ocran, a key staff, to see to the payment of our monies but that Committee has since not been proactive at all,” he explained.

“We are therefore calling on the current management of the COCOBOD as a matter of urgency to facilitate payment to our members in order not to face our anger,” Mr Dogbey indicated.

“Members of the Association have already presented their appointment letters, ID cards, pay slips and retrenchment letters to the COCOBOD for verification as required and we see no reasons for this undue delays in payment”.

Mr. Dogbey called on the government to intervene and direct Mr. Joseph Boahen Aidoo, the Chief Executive Officer of the COCOBOD, to ensure that payments were made to members of the Association as soon as possible.

He also pleaded with the members of the Association to exercise restrain, saying the leadership would pass through laid down procedures, and use all legal means to ensure that members received their retrenchment benefits.