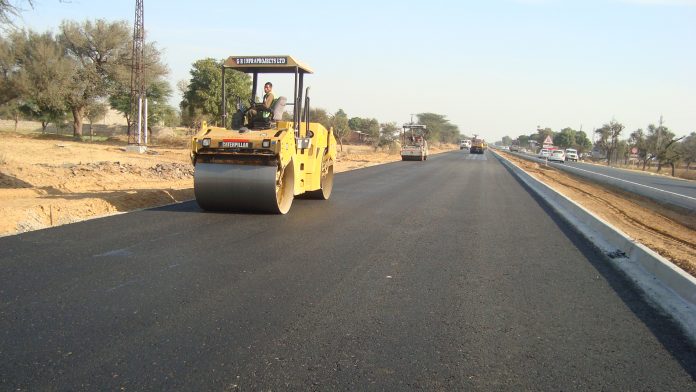 Members of the Agona Swedru-Awutu Bawjiase-Kasoa branch of the Ghana Private Road Transport Union(GPRTU) have expressed their gratitude to the Agona East District Chief Executive(DCE) for responding swiftly to their concerns to reshape their roads.

According to the Union Members, Mr Dennis Armah-Frempong, the DCE, had shown that he was a good and listening Chief Executive appointed by President Nana Akufo-Addo to represent the people of Agona East District.

Alhaji Ibrahim Wahab, Chairman of the Swedru-Awutu Bawjiase-Kasoa branch of GPRTU said this when he addressed members of the Union at Agona Swedru.

He said the drivers were going through hell with regard to the persistent breaking down of their vehicles. Adding “drivers are now happy about the reshaping of the road from Agona Asafo to Mankrong-Junction and beyond”.

It would be recalled that the Agona Swedru-Awutu Bawjiase trunk was awarded on contract to a Chinese Multi-National Contractor by the National Democratic Congress (NDC) government before it left office in 2016.

The construction works was later stalled after the bitumen had been removed and the situation compelled the Agona East Assembly to reshape the road to speed up transportation of goods and services.

Alhaji Ibrahim Wahab expressed satisfaction at the reshaping of the road by Agona East Assembly and appealed to the government to impress upon the Contractor to speed up the project.

Speaking to the Media, Mr Armah-Frempong said the drivers made a strong appeal to his office about the deteriorating nature of the road and he forwarded their concerns to the Regional Minister in Cape Coast.

The DCE said the Regional Minister, Mr Kwamena Duncan acknowledged the concerns raised by the drivers and responded accordingly.

Mr Armah-Frempong stated that on record, the road had been awarded on contract, but the Company had delayed in executing the project.

The DCE said government would do everything possible to satisfy Ghanaians, especially people working in the private sector to enhance economic development.
GNA/Newsghana.com.gh