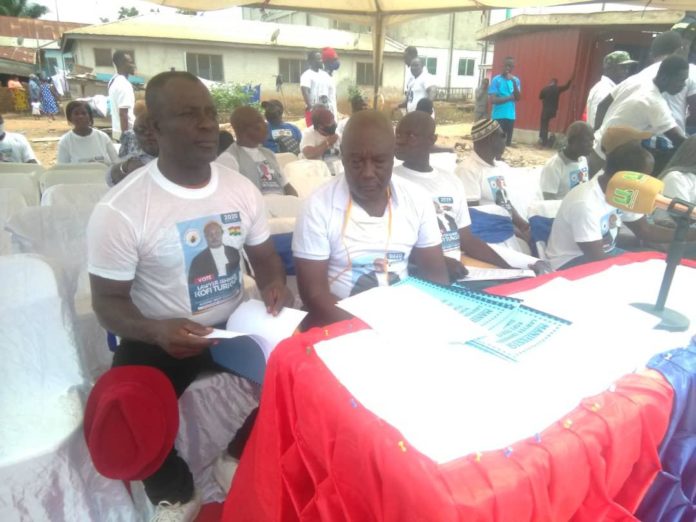 Mr Ishmael Kofi Turkson, an Independent Parliamentary aspirant for Agona West Constituency, has launched his election campaign with a promise to deepen participatory democracy in the area.

Mr Turkson, a Swedru based Legal Practitioner, also launched his manifesto and outlined his vision for the constituents.

Prior to the launch, the supporters of the candidate dressed in branded T-shirts went through the principal streets of Agona Swedru amidst dancing and drumming.

Speaking at the launch on the theme: “Perseverance Brings success,” Mr Turkson described the decision to contest as Independent Candidate as a panacea to the fortunes of Agona West.

According to him, the constituency was clamouring for a drastic political change and that he was the best option to provide quality leadership to improve the living standards of the people.

He said if, given the nod, he would work to enhance the fundamental human rights of the people as enshrined in Article 12 of the 1992 Constitution of the Country.

“Our political system excludes too many Ghanaians from the decision making processes which determine our overall quality of life,” Mr Turkson said.

Mr Turkson said the main thrust of his manifesto is to eradicate poverty, especially among the vulnerable in the constituency.

He said pragmatic efforts were needed to pave the way for modern agricultural practices to boost production and to improve their living standards.

He said if, given the nod, he would lobby for the establishment of a University in Agona West to pave the way for the youth in the area to pursue higher education.

He said sporting activities like football which unite all had not received enough attention in the Area and pledged to revive it to unearth more talents.

“The collapse of our two clubs, Swedru All Blacks and Fankobaa football clubs had affected the people of Agona West in many ways,” he stated, adding that he would revive the two football teams to become vibrant.