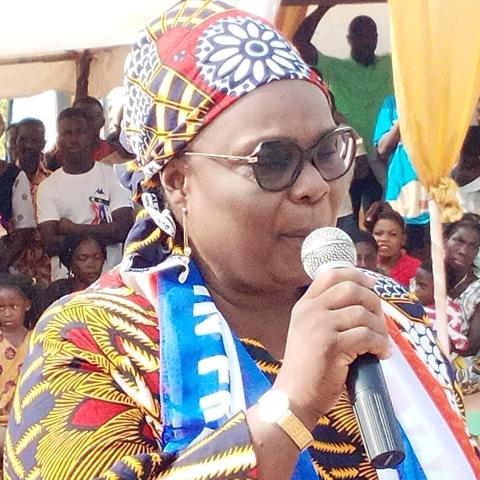 Mrs Cynthia Mamle Morrison, Member of Parliament (MP) for Agona West, has admonished parliamentary aspirants and supporters to conduct campaigns devoid of insults and character assassination to ensure peace and tranquillity in the Party.

She said parliamentary primaries are internal elections the Party conducted to select suitable, credible, marketable and unblemished candidates to contest polls against opponents in other political parties in general election.

Mrs Morrison, also the Minister of Gender, Children and Social Protection, gave the advice when she submitted her nomination forms for the upcoming Parliamentary Primary at Swedru in the Agona West Constituency.

She urged the aspirants and their followers to desist from slandering and humiliating their opponents and conduct decent campaign, adding that insults and misconduct would not help the Party.

She called on the rank and file to ensure that unity became their ultimate goal and the only panacea to help the Party win the December 7 general election.

Mrs Morrison urged the delegates to endorse her again to enable her to continue the good works started three years ago to improve the living standards of the people.

She said the Government under President Akufo-Addo had managed the fragile economy inherited from the previous government and it had become one of the fastest growing economies in Sub-Sahara Africa.

Mr George Koranteng, the Agona West Constituency Secretary of the NPP, who received the forms plus 10,000 Ghana cedis submission fee, advised the aspirants and supporters to be tolerant and unite in the interest of development.

He said since the nomination was opened on January 20, 2020, only two people had, so far, picked forms to contest.