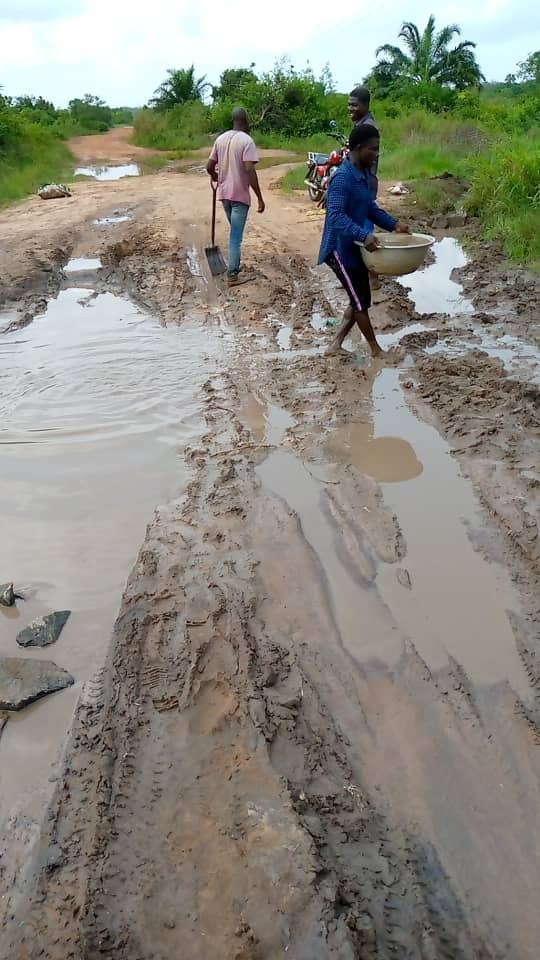 Residents of Agormor and surrounding communities in the Akatsi North District of the Volta Region have appealed to the authorities to help fix the deplorable roads to facilitate transportation of goods and services.

The road network, which run through Agormor, Zemu, Avevi and Nyitawuta, among other communities, is so bad that transportation of farm produce to market centres such as Akatsi Central Market and Ave-Dakpa has become a daunting task.

Martin Dorvlo, a resident farmer at Agormor, in an interview with the Ghana News Agency (GNA), said the area was noted for producing large quantities of food crops such as maize, okro, garden eggs, pepper, and tomatoes.

He said the perennial rains had made the road network, especially the one from Agormor to Akatsi, unmotorable adding: “We have been appealing for good roads for years now, but the challenge still persists.”

Mr Cephas Weto, the Assembly Member of Agormor- Agado Electoral Area, said all efforts to bring the authorities to reshape the roads had proven futile.

Community members had resorted to contributing some amounts of money to purchase gravel and chippings to fix the extremely dangerous portions of the roads, he said.

“We have resorted to the communal spirit option since the delay is causing more harm than good,” he said.

Meanwhile, Dr Prince Sodoke Amuzu, the District Chief Executive, responding to the concerns, said the project had already been awarded under the One Million One Constituency initiative of the government.

He said engineers would soon kick-start work, after they went on break, and assured residents of expediting action on the project to bring them some relief.

He commended the Assembly and community members for volunteering to fix parts of the roads since it would forestall further deterioration as the rains set in.