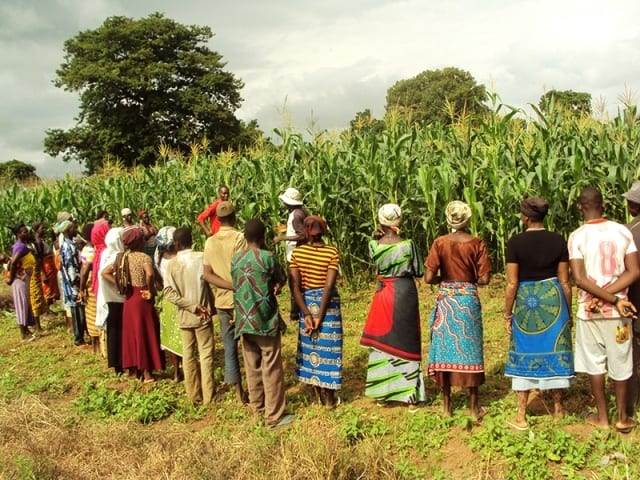 Farmers and food processors in Akim Asene have been educated on balanced and nutritious diets that will strengthen them to increase crop production.

The one-day training programme was held by the Women In Agricultural Development (WIAD) under the Ministry of Food and Agriculture.

Mr Samuel Adu, the Officer for WIAD at Asene Manso Akroso district Agriculture Department said, the poor sanitary conditions under which some farmers and food processors exposed their products coupled with the practice of putting the best products on sale and keeping the poor quality portion for household consumption necessitated the training programme.

He said,food safety should be the major concern of farmers in the process of storing food in that, the least negligence of food safety would cause pathogens in their products and would bring a loss of income.

Mr Robert Klu, the Agriculture Extension Officer in the Asene Manso Akroso District Agriculture Department, contributed to the explanation on the difference between balance and nutritious diet saying food could be balanced, but not nutritious to someone due to his health status as prescribed by a recognised doctor.

The farmers were also made to understand the need to regulate the body system by taking at least eight cups of water a day.

Mr Prosper Klu, the Director for Agriculture Department in the district, advised the participants to adhere to the teachings to improve their livelihood.

Also he disclosed to rice farmers that, those who had harvested their rice could now send it to the district rice mill created at Manso.

Women In Agricultural Development is a highly competent public institution transforming livelihoods and promoting the wellbeing of especially women in agricultural sector.