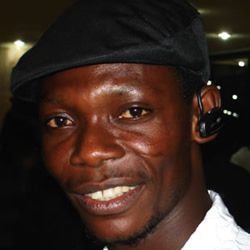 Actor Agya Koo has descended hard on movie producer and evangelist, Samuel Nyamekye of Miracle Films Production. The angry actor over the weekend on Boss FM, a Kumasi-based radio station accused the ace movie producer for plotting with other movie producers to sideline him from the movie industry.

According to Agya Koo, Evangelist Samuel Nyamekye has been spreading false information about him to defame his brand.

?You accuse me of borrowing money to buy fuel. Think about yourself because all my cars are in the house?

The irritated actor revealed that the movie industry is dwindling as a result of plans by these movie producers to take him off the scene. He further advised them to recollect how he resurrected the Ghanaian movie industry when hopes were lost in local movies.

Agya Koo recounting his works with Samuel Nyamekye said that ? I worked tirelessly for you. I even collapsed two times on your set.?

The award-winning actor further accused the movie producer of visiting a spiritualist to work against his career.

?Upon all these things you took my picture to a hidden place for my downfall. God will ask you.?

Agya Koo who blamed the media of conniving with the producers for his downfall stated that ?I?m not ready to apologise to anybody because I?ve not offended any artiste.?

The actor and singer whose anger could not be controlled on the show disclosed that the evangelist is not a man of God. According to Agya Koo, Samuel Nyamekye is not prepared to be a man of God.

Listen to the full interview below: