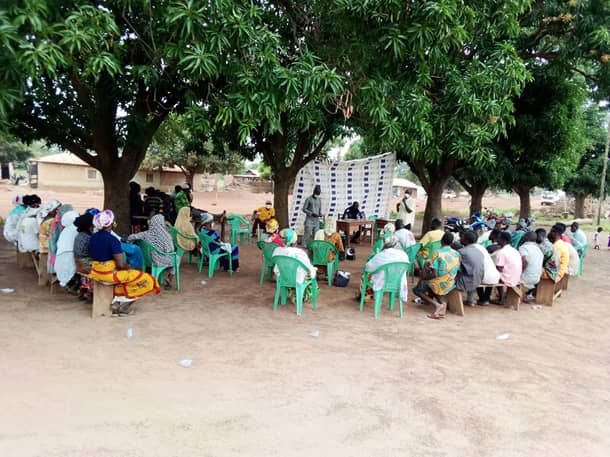 Indigenes of Ahankrasu in the Atiwa East District have called for the completion and operation of the CHPS compound for the community which has been under construction for a long time.

Members of the community called for the rehabilitation of school buildings, road network, street lights and demanded more involvement of the community in planning and implementation of major developmental projects for the area.

Community members expressed these sentiments at a Social Auditing engagement organized for the community by the National Commission for Civic Education(NCCE) at Ahankrasu in the Eastern Region.

Speaking to the Ghana News Agency (GNA) on the sidelines of the programme, the District Director of the NCCE, Mr Saviour Ametefe explained that Social Auditing provides the opportunity for duty-bearers to be accountable to the people they serve at the local level.

He said the exercise also provides an opportunity for the district to address developmental shortfalls that had been pressing for a long time and had not caught the attention of local authorities.

Mr Amtefe observed that the NCCE was using the Social Auditing project to push for effective citizen participation in governance at the local level.

According to him, the vigilance and active involvement of the people in the governance process could ensure the effective and efficient use of the Assemblies resources.

Mr Kwabena Panin Nkansah, the Atiwa East District Chief Executive (DCE) gave an account of projects, programmes and policies undertaken by the Assembly over the past three and a half years in the area of education, health, employment, agriculture, infrastructure among others.

In the area of health, the DCE mentioned the reroofing of the Enyiresi Government Hospital, construction of bungalows for doctors and the provision of an incubator.

Mr Nkansah mentioned the construction of CHPS compounds at Ankaase, Mampong, Ahankrasu and Tiawiah as well as the provision of a maternity ward and a laboratory for the Anyinam Health Centre as some of the many projects being carried out by the assembly.

He said the assembly had plans of constructing a new health centre at New Jejeti to serve the health needs of the people.

The Atiwa East District Director of Health, Ms Efua Afful said, that she was committed to ensuring that health facilities that were under construction were completed to support health delivery in the district.

She promised the community that health workers would be posted to all the health facilities in the area after completion.

Nana Larweh Tsokpor II, the Odikro of Ahankrasu expressed gratitude to the assembly and the government for the massive support the community received over the past three years.

He thanked the DCE for the provision of a mechanised borehole, a 3 unit classroom block, construction of a CHPS compound and several other supports rendered to the individuals in the community and appealed to the assembly to commission the water project and the classroom block for use.

Building collapse in north Nigeria kills at least one