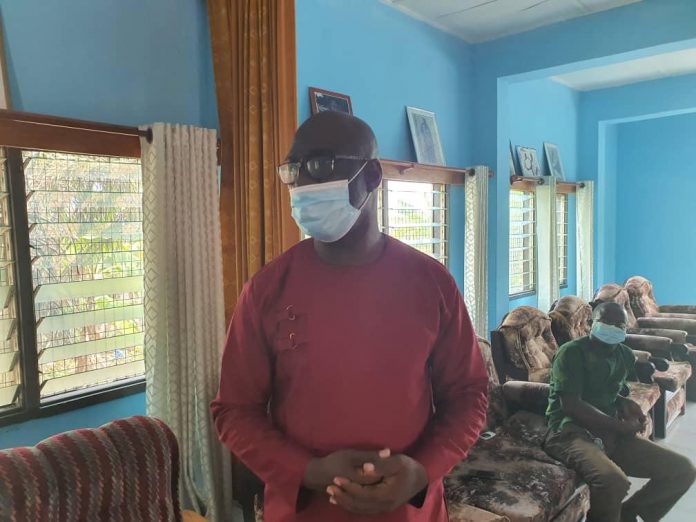 Ahanta Chiefs within Effia-Kwesimintsim Municipality (EKMA) have asked the former Member of Parliament (MP) for Kwesimintsim, Mr Joseph Mensah to contest when the party opens nominations for parliamentary primaries in 2024.

They assured the former legislature their support over what they described as unprecedented developments brought to the constituency during the four-year tenure as the Member of Parliament.

The Chiefs made the remarks when they invited Mr Joseph Mensah to the Palace of Nana Ekra Kojo IV, Chief of Anaji to commend and persuade him to come back and contest the Kwesimintsim Parliamentary seat again despite losing in the 2020 primaries.

Recounting some of the various developmental projects executed within the constituency, the chiefs described the former MP as their saviour and a man who “walks the talk”.

They eulogized him and mentioned the construction of roads, schools, football park, health centres, markets, community centres, and durbar grounds among others as projects executed within the four-year tenure of the MP which has changed the face of the constituency.

However, they expressed disappointment over their inability to persuade the delegates to retain the former MP during the party’s primaries.

“The former MP has demonstrated that he is a true Ahanta who has the development of his people at heart, thus our regret for not supporting him during his second term bid”, they stated.

They, therefore, assured him of their support to regain the seat if he considers their call to come back and contest the parliamentary seat when the party opens nominations for primaries.

Responding to the call, Mr Joseph Mensah expressed his appreciation to the Chiefs for recognizing his contributions to the people of the constituency and pledged to ensure that the uncompleted projects are completed.

Mr Mensah was however silent on whether he would come back and contest the Kwesimintsim seat again when the party opens nominations for primaries.

“I don’t know what God has for me in the future, so I cannot promise anything for now“, he emphasized.

Mr Mensah urged the party members and the entire constituents to support Nana Akufo-Addo and his government for massive developments.

Presiding Members commend Veep Bawumia for the digitization of the economy