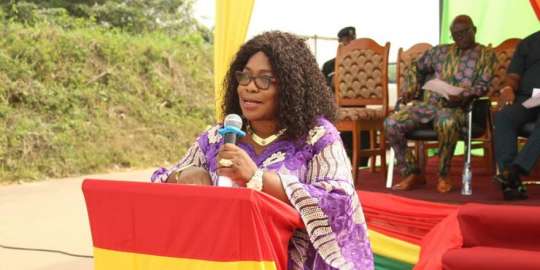 The cost of maintaining peace in the Ahanta West Municipality is gradually becoming a burden on the coffers of the Assembly.

Mrs Henrietta Mary Eyison, the Municipal Chief Executive (MCE) for the Ahanta West Municipality said, the Assembly sent also by way of deploying security personnel to chieftaincy conflicts zones and therefore entreated all and Sundry to endeavour to promote peaceful coexistence in the Municipality for accelerated development.

Mrs Eyison was responding to a question on security situation during the first ordinary general assembly meeting of the second session of the eight assembly.

The security situation in the Municipality during the period under review was generally peaceful with a few disputes leading to some disturbances.

One of such incidents occurred on Monday, March 15, 2021 between Lower and Upper Dixcove traditional areas.
Meanwhile, the matter had been transferred to the Western Region House of Chiefs and Regional Security Council to maintain peace, law and order in the area in particular.

Mr Dominic Dadzie, Assembly Member for New Amanful stressed the need for effective collaboration between the chiefs and assembly members to foster growth and development in the area.

He bemoaned the situation, where traditional leaders seemed to be dabbling in local politics rather than building stronger bonds with all elected persons.

Mr Dadzie therefore urged the leadership of the assembly to organise a dialogue session for the two groupings to find a lasting solution to any impasse between the two bodies.