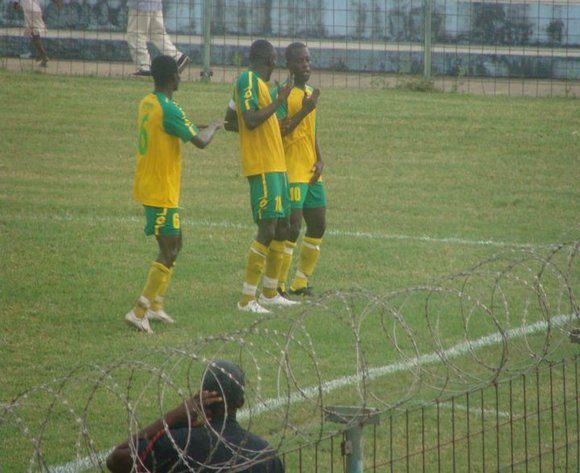 Bechem United qualified for the CAF Confederations Cup after handing a 2-1 defeat to Okwahu United in the MTN FA Cup final last Sunday, where Toure watched his new teammates from the stands.

The former Asante Kotoko goal poacher signed a two-year deal with the reigning MTN FA Cup champions on Tuesday afternoon at the Bechem House in Accra.

Toure joined as a free agent after not being affiliated with any club over the last five months rendering him inactive.

Toure unfortunately will have to wait for more weeks to play for his new club as he is unavailable to play in the ongoing season with three matches to end.

Meanwhile, the player, who was tagged as a ‘bad boy’ in the local media following his poor disciplinary records with his former employers Asante Kotoko, is expected to be of good behaviour even before he kicks a ball for Bechem United.

Speaking to the GNA sports desk in an interview, the Public Relations Officer of Bechem United, Kwaku Danso said even though the club is unperturbed about Toure’s past experience with Kotoko, they expect the forward to act professionally.

“Kotoko’s leadership style is different from that of Bechem United. So we don’t expect Ahmed Toure to misbehave here. We know how we for our players and we know how to handle them.

The dreaded attacker, with his vast experience, is expected to partner his new colleagues upfront to propel the club to greatness in their debut season in a continental club competition next season.

“Everybody knows Toure is a good player. We expect him to perform creditably with the support he will get from Abednego Tetteh, Yaw Arnol and the likes.