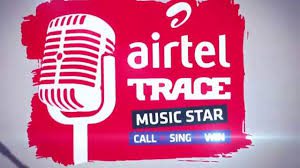 Airtel Trace Music Star is an international singing contest that recognises talented young people who are dramatically and musically convincing in a wide range of repertoire.

The contest aims at giving the nation?s hopefuls a real opportunity to come through the ranks as budding artists of any genre or style.

Marketing Director of Airtel Ghana, Manu Rajan, said: ?This initiative is in line with Airtel?s commitment to unleash the power of potential amongst our youth to enable them to make a change in their lives to achieve their dreams.

?We partnered with Trace because it is a globally recognised brand that gives the seal of recognition to many international artists.

?Airtel Trace Music Star is an opportunity to develop the African music industry by creating a platform for exposure for Ghana?s music and musicians to the rest of the world.?

Senegalese-born American super star, Akon, who is the Airtel Trace Music Star Ambassador, said: “I am pleased to join Trace to develop innovative ways in which to identify and nurture dynamic music talents throughout the continent.

?The intersection between technology and artist development is elevated by the presence of this ground-breaking music competition concept.?

The grand finale would be held in March 2015. The partnership with Trace Music Star would last three years.

The competition is the first of its kind where contestants can win by calling into the Airtel Trace Star short code 533 and singing any song of their choice and in any language.

The short code can only be accessed from an Airtel number between October 7 and December 10, 2014.

After this period, the best five would be selected ahead of a live televised show in January.

Trace will select winners based on a combination of singing skills; quality, pitch, originality, tone, range and number of votes received.

The overall grand prize comprises a recording deal with Universal Music Group and an intense mentorship programme with Akon in the United States of America.