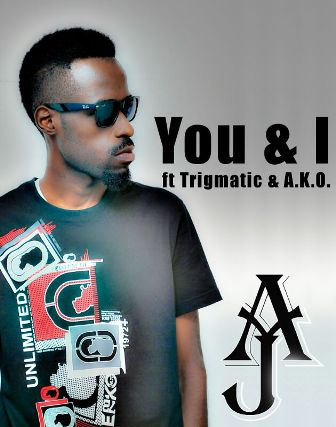 AJ Dahottest, the number one artiste from Ghana?in the rap category?on ReverbNation.com makes his first single ?You and I? available for radio promo and free download on Monday April 28, 2014. This is a week after the single release on April 20, 2014. ?You and I? by AJ dethroned former number one rapper from Ghana on ReverbNation.com in the person of Gemini who had held the top spot for almost a month. ?It was drawn to my attention by Richard Lauter, one of my fans in Tema that I had reached number one by a tweet on April 22, 2014, two days after my single was put on reverb? says AJ.

It is an exciting experience for AJ who says it became even more humbling when Gemini retweeted the response to his fan Richard.

The management crew of AJ say they decided to release his single online via ReverbNation–the globally recognized and respected website for music and musicians–because the site focused on the independent music industry by offering web promotion, fan-relationship management, digital distribution and sentiment tracking among other services. These reasons helped to get the necessary statistics as new comers in the industry to enable them gage performance.

Even though ?You and I? will hit the Ghana airwaves by way of radio promotional plays starting Monday, its number one status now has greatly motivated the reason to make it available for free download online because TeamAJ believes it will get the same attention it is receiving online and hopefully prepare fans for the upcoming album.

?I can?t be grateful enough to all my fans for this show of support and love and will encourage them to continue sharing the single? says AJ who feels the fans he has all over Ghana and worldwide by way of the Internet are the reason he is where he stands. At the time this piece was published?the single has been number 1 five days running.

News from?TaylorBEntertainment.com, a USA based artiste promotional firm that also released the single in that country says the track received air plays from two radio stations and is doing pretty well among listeners.

?You and I? is produced by Richardson Biney aka Cokes On da Beatz of ToonToom Studios in Ghana and features award winning musician Trigmatic and upcoming artiste A.K.O., all from Ghana.